The Carnival Spirit cruise ship has been caught in some powerful winds at sea causing a scare among passengers and some minor damage.

Carnival Spirit which is operated by Carnival Cruise Line was sailing just off the coast of New South Wales when the Spirit class vessel was caught in high winds. Winds went up to around 70 MPH and as a result caused the ship to rock and sail into strong waves of up to 40 feet.

There was some damage onboard the Carnival ship as plates, cups and more can be seen all on the floor. No doubt there was further damage in the ships galley and public spaces. Cruise Touch was among the first to report it and posted the following photos from Tracey Wiles:

🙀 WOW: Here are a few images of chaos caused by wild winds and swells onboard the Carnival Spirit off of the NSW…

And here is one more:

😳 WOW: This is a first hand image from the most recent Carnival Spirit voyage in Australia that encountered rough seas…

This apparently occurred on the last sailing and thankfully no guests or crew were injured and everyone made it back to home port in Sydney, Australia on Monday. Carnival Spirit is now back on a 12-night sailing Down Under. The ship is 88,500 gross tons and can carry over 2,100 passengers at double occupancy. 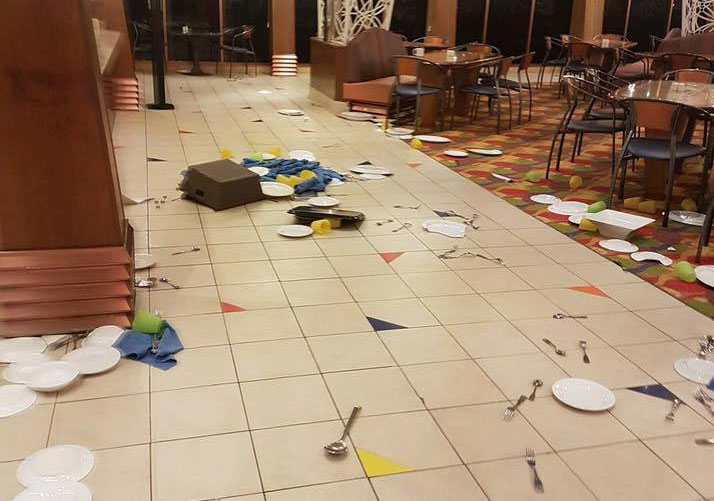