Carnival Cruise Lines have announced that the CEO Gerry Cahill is to retire from the Miami based cruise line on November 30th after 20 years working for the company.

Cahill, 63, has been CEO of Carnival Corporation’s largest cruise brand since 2007, growing the cruise line to 24 ships – the largest in the company’s fleet — during his tenure.

“Gerry has been instrumental in taking Carnival Cruise Lines to new heights as one of the preeminent brands in the cruise industry,” said Arnold Donald, president and CEO of Carnival Corporation & plc, the world’s largest cruise company. “He and his team have delivered new innovations to cruising while growing the business year after year.

During his tenure as CEO, Cahill and his team launched four new ships and introduced a new class of ships, the Dream class, which included the Carnival Dream, one of the largest ships in the company’s fleet, as well as Carnival Magic and Carnival Breeze with its many new branded spaces and experiences.

Cahill and his team also oversaw the delivery of new cruising features such as the innovative Funship 2.0 ship enhancements and Carnival LIVE concert series, a first in the cruise industry, as well the Carnival Seuss at Sea program, an exclusive partnership that brought the beloved Dr. Seuss children’s brand and characters to its ships. He and his team also developed partnerships with major brands to offer passengers popular on-board features, such as celebrity chef Guy Fieri for Guy’s Burger Joint and comedian and TV personality George Lopez for The Punchliner Comedy Club.

No replacement for Cahill is being named at this point. Cahill has agreed to stay on in an advisory capacity for an unspecified time to provide advice and counsel to the leadership team through the transition period.

“It has been an honor and a privilege to lead Carnival Cruise Lines for the past seven years and to work for this great company for 20 years,” said Cahill. “Deciding when to retire is not easy, especially when you love what you do. I feel the time is good for me personally and the company and brand are in a good place. Our employees are the finest, most dedicated people I know, and the thing I will miss most in my retirement is the opportunity to come to the office each day and work with such talented individuals.”

Cahill graduated from the University of Miami, earning his B.B.A. degree in 1973. 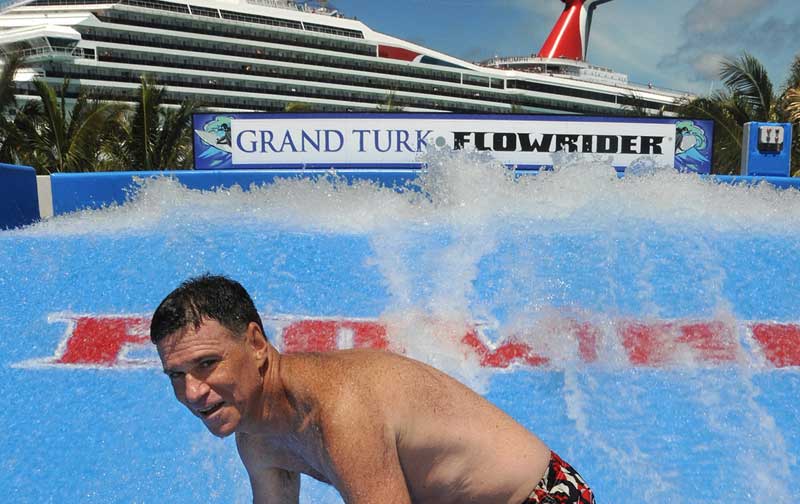