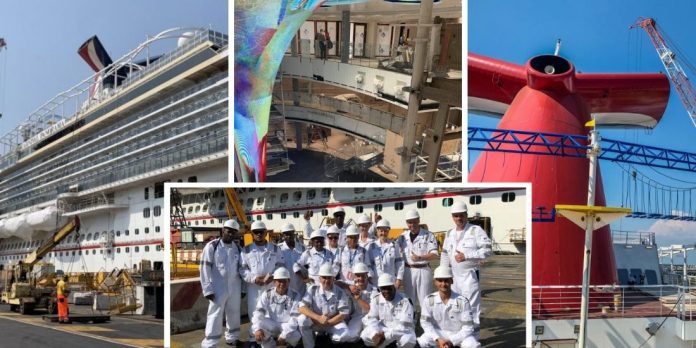 Carnival Panorama which is Carnival Cruise Line’s newest ship is almost ready for delivery and her maiden voyage this December.

The third Vista-class cruise ship is in the final stages of construction at the Fincantieri Marghera shipyard in Italy. The ship is receiving her final touches with the majority of the work taking place in all the public spaces and cabins on the interior and exterior.

Carnival has released some new photos of the vessel while at the shipyard and as the first crew members are already working on-board to set up their department ready for the first passengers this December.

Carnival Panorama in Final Stages
1 of 8

The ship’s housekeeping team is already hard at work loading stateroom amenities, including nearly 6,000 mattresses, 13,000 pillows, 43,000 sheets, and 100,000 towels. The team is being led by Housekeeping Managers Sasa Jovanovic and Clayton Clarence.

Over the next months, even more of the crew will fly out to the shipyard to join the ship. By this time, they will already have their crew cabins and shall be sleeping on the new Carnival Panorama. It is always an exciting experience to set up a new ship and become the first crew members to welcome the first guests.

The Carnival Panorama will be all ready for her maiden 3-day voyage out of the Long Beach cruise terminal on the U.S. West Coast on December 11. Once that one-time preview cruise to Ensenada is complete she will launch a year-round service of 7-day cruises to the Mexican Riviera on December 14 including calls at Puerto Vallarta, Mazatlan, and Cabo San Lucas.

The Carnival ship is the first new ship from the cruise line to be based on the west coast in 20 years. She will feature the first trampoline park by Sk Zone at sea and continue many of the popular features already found on sister ship Carnival Vista and Carnival Horizon. 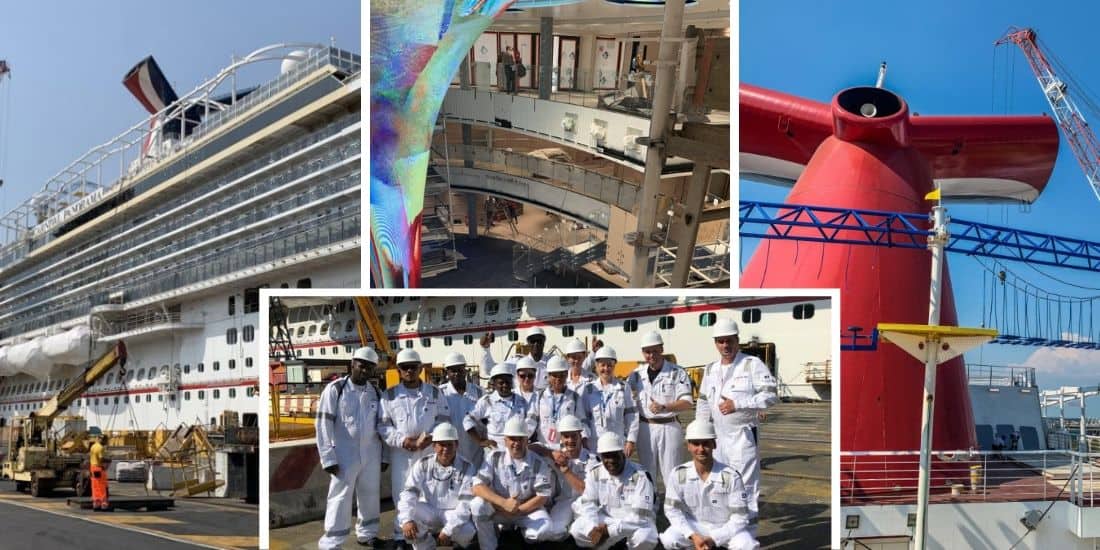