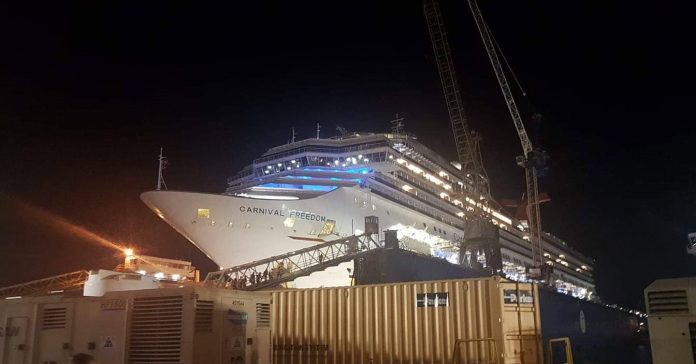 Carnival Cruise Line is now upgrading their third cruise ship of the year so far and this time it’s Carnival Freedom. The Conquest class vessel is undergoing dry dock in the Bahamas.

Carnival Freedom is currently undergoing an upgrade at the Grand Bahama Shipyard in Freeport, Bahamas. We’ve been lucky enough to get some exclusive photos while the ship is receiving some detailed attention.

We don’t know too much about the specifics but apparently, the Carnival ship will get getting a nice new WaterWorks park because her last upgrade was all the way back in 2014! Work is also being done to fix the roof for the aft pool area.

Word Reading: Why 2019 is a Hugely Important Year for Carnival Cruise Line

All this will be in addition to the regular maintenance and modernization such as new carpets, decor, upgrades in all staterooms, tiles and much more around the ship. Often during these dry docks some departments like the stores, casino and spa will also get some attention.

Take a look at the photos below of Carnival Freedom at the Freeport shipyard:

Believe it or not but there crew members still onboard the ship while hundreds of workers are busy on the upgrade. It can often be a time when the crew can take a back step until the renovation is almost complete and then they must get the ship ready for the first cruise.

Also Read: 7 Carnival Cruise Ships Will Be Upgraded in 2019

Carnival Freedom began her upgrade on February 13 and will be completed by March 3. The ship will return to service from Galveston, Texas on March 9 with a seven-night western Caribbean itinerary. 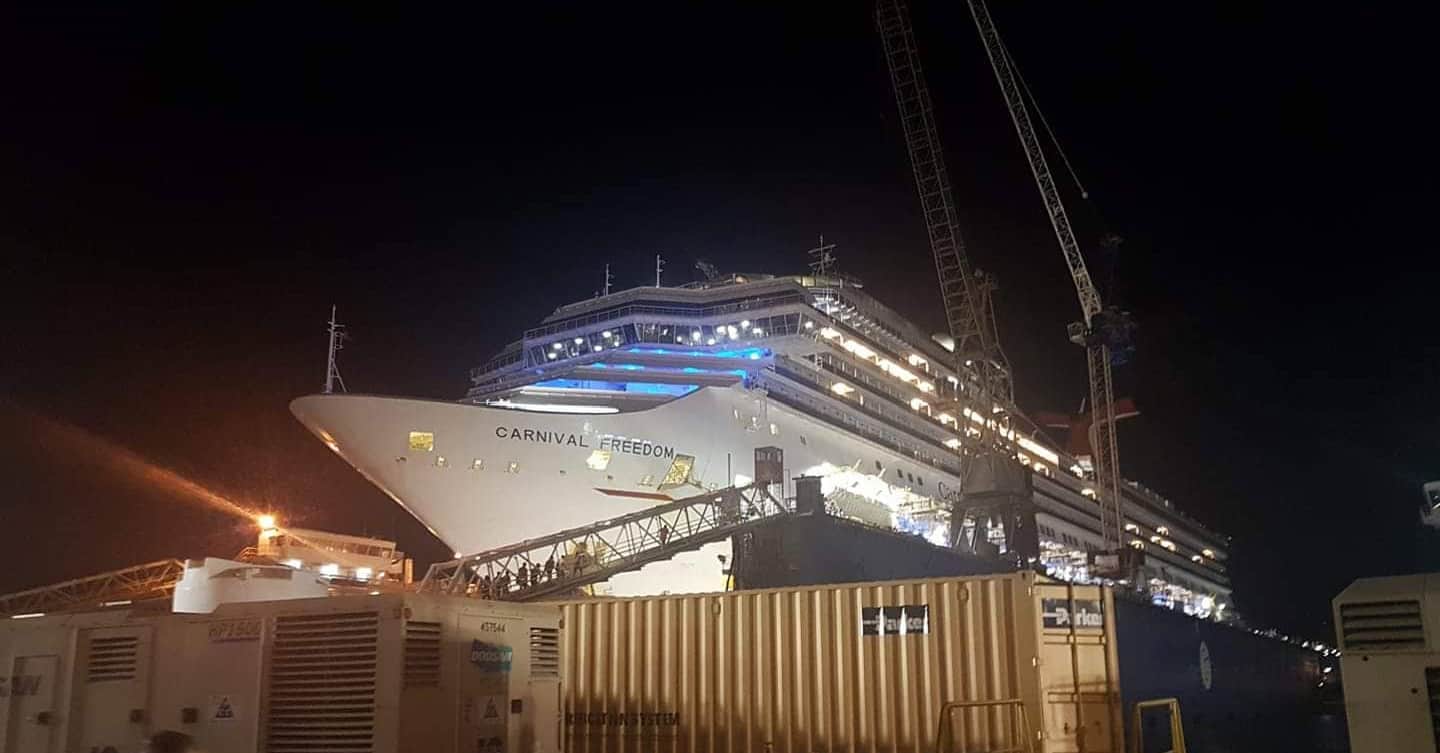