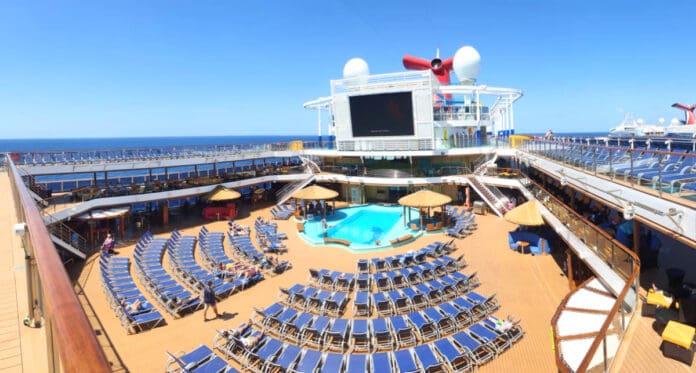 The CLIA has announced further cancellations from U.S. ports until September 15 and Carnival Cruise Line will provide an update on Monday.

The Cruise Lines International Association announced on Friday that its cruise line members which pretty much includes everyone has extended to suspension of cruise operations until September 15. This only applies to cruises from the United States so it does impact all the major cruise lines.

As a result of the CLIA announcement, Carnival Cruise Line Ambassador John Heald posted on social media stating that the cruise line was aware of the announcement just made by the CLIA and would be providing an update on Monday, June 22.

This will allow Carnival Cruise Line to evaluate the situation and make any changes needed. We are expecting the cruise line to make a similar announcement on Monday and how it will impact guests booked on those sailings.

You can watch the brief update from Heald below about the update which is coming on Monday:

It’s a huge blow to the cruise industry as some hope to resume cruises for the major lines was becoming more likely in August. However, with ongoing travel restrictions and port closures, it makes sense. The number of infections in Florida of COVID-19 is also going up which is also a worrying sign.

The Centers for Disease Control (CDC) “No-Sail Order” is set to come to an end on July 24 but it’s important that cruise lines such as Carnival can be fully prepared to keep guests and crew safe. The extra extension announced today will provide cruise lines further time to implement new health measures for when sailing do resume.

Related: Cruises from the United States Cancelled Until Middle of September

Carnival had previously announced it was hoping to resume cruises from August 1 with eight vessels from U.S. ports but now that will not be the case. No matter what happens, it will be a phased-in return to service and the cruise line won’t really be back to normal until next year.