Carnival Cruise Line to Complete Repatriation of Over 26,000 Crew Members

Carnival Cruise Line completed a cross-country transfer in Panama as it expects to complete the repatriation of over 26,000 crew members in the coming weeks.

As Carnival Cruise Line comes to the final stages of its huge repatriation effort across the world, there was a successful cross-country transfer in Panama. The cruise line worked closely with key Panamanian officials to efficiently transfer 91 crew members across the country.

Crew members were transferred from the Carnival Miracle cruise ship across the isthmus of Panama to join the Carnival Glory which was waiting on the opposite side of the country.

“Panamanian officials truly went above and beyond in helping our team members transit their country and to facilitate their return home and for that we are very grateful.

We would like to express our most sincere appreciation and thanks to many government agencies, local maritime partners and private operators for their role in making this cross-country transfer happen. Efforts like this reinforce the benefits strong partnerships play in maritime operations and safety.”

Carnival Miracle was located on Panama’s Pacific coast and the bus journey for the crew took around 90 minutes to Join Carnival Glory located on the Atlantic side. The Carnival Glory which is a Conquest-class vessel will also be taking on crew members from other ships in the fleet before sailing to Curacao. Then, the crew will be able to finally head home on arranged charter and commercial flights.

It has been a complex process for Carnival which has repatriated almost 20,000 crew members from 27 ships. The cruise line expects to complete the complex effort in the coming weeks with more than 26,000 crew members to more than 100 nations.

Carnival is planning on resuming cruises with eight ships from August 1 but of course, it does still depend on the developing situation. Other ships in the fleet are either involved in repatriation efforts or in a cold lay-up until the sailings resume. 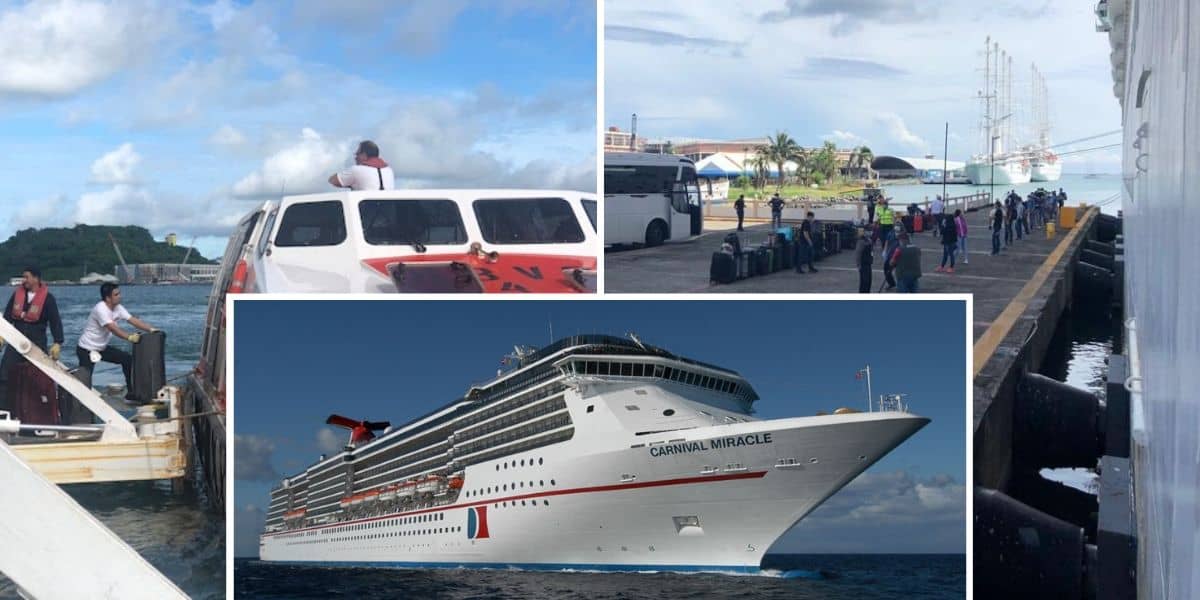