You can watch the delivery ceremony which was streamed live by the shipyard earlier today below:

Carnival Panorama will have some new features including the first Sky Zone Trampoline Park at Sea, a Choose Fun WaterWorks and expanded dining options which will make her the most fun ship in the fleet. Other popular features include the SkyRide where guests can pedal on the top deck on an elevated track, Guy’s Pig & Anchor Smokehouse Brewhouse and the exclusive Havana Deck area which Carnival just recently changed the rules for.

The new ship will soon be heading across the Atlantic towards the U.S. west coast on one of Carnival’s longest ever sailings with no guests! This will be a chance for the crew to have time to get familiar with their new home for the next six or more months and prepare for the first guests in December.

The first Carnival Panorama cruise will depart from the Long Beach Cruise Terminal on December 11 for a quick preview sailing. The cruise ship will kick off her week-long year-round Mexican Riviera cruises on December 14 with calls at Cabo San Lucas, Mazatlan and Puerto Vallarta. She will be the first new Carnival cruise ship to be based on the U.S. west coast in 20 years!

The Carnival cruise ship is 133,500 gross tons and 323 meters in length. There are over 2,004 passenger cabins along with 770 crew cabins onboard and the ship has a guest capacity of over 3,900 at double occupancy. The Vista-class ships are the largest ever constructed for the cruise line by Fincantieri. The Marghera shipyard has constructed a total of 29 cruise ships since 1990. 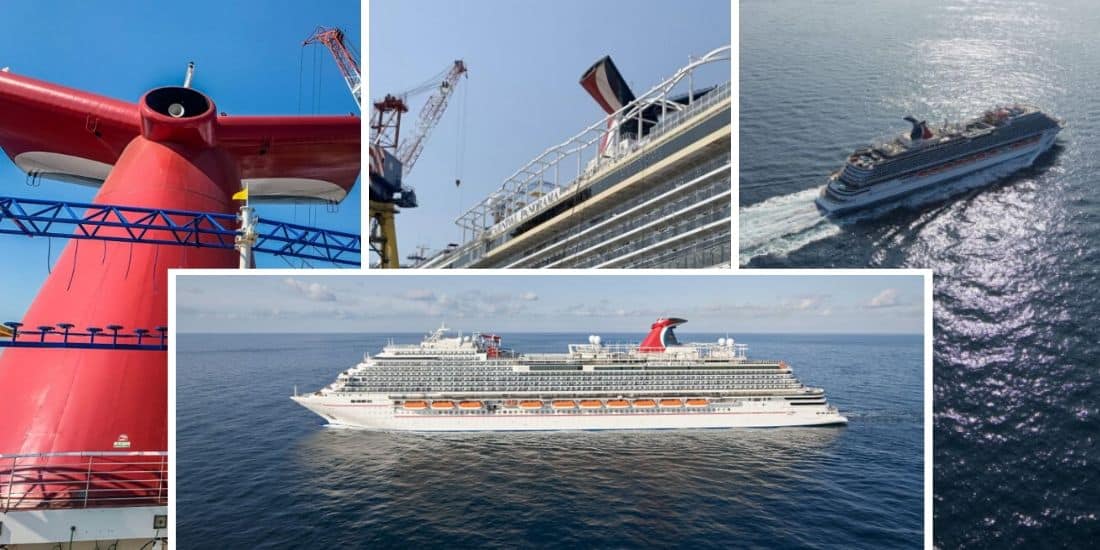