Carnival Cruise Line has surprised a military family in Houston, Texas with a free cruise to celebrate and honor the brave men and women who serve the country.

Family Gets a Free Cruise!

A family in Houston, Texas has deservedly received a free cruise from Miami-based Carnival Cruise Line. The cruise line and longterm partner Operation Homefront has joined forces with Texans players Jon Weeks and Jacob Martin to surprise the family.

The NFL players surprised U.S. Coast Guard veteran Joshua Woodard and his family with a 7-day cruise out of Galveston, Texas which Carnival cruise ships are based out of.

The family has also been invited to the Texans annual Salute to Service game on Nov. 21 honoring military service members. All this is to celebrate and honor the brave men and women who serve their country. Veterans Day took place on November 11 which is the day World War I ended and the signing of the armistice took place.

Carnival Cruise Line is also donating $25,000 to Operation Homefront which will continue to help military families in need.

Also Read: How to Travel from Houston to Galveston Cruise Port

The cruise line is the largest operator out of the Port of Galveston in Texas which also means they carry more military personnel than any other cruise line. Three Carnival cruise ships carry around 600,000 passengers annually from the port. 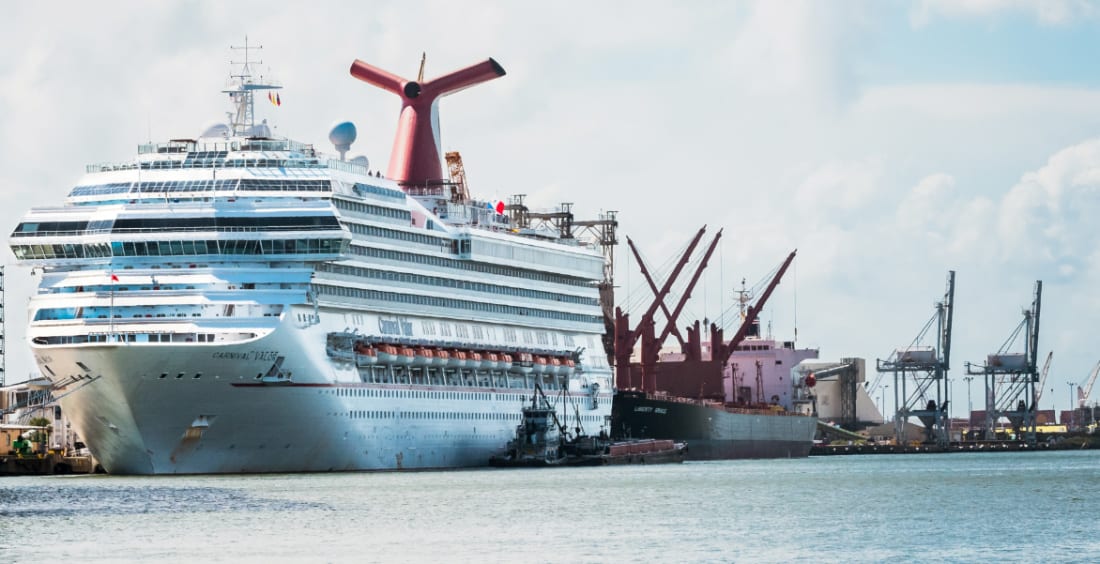