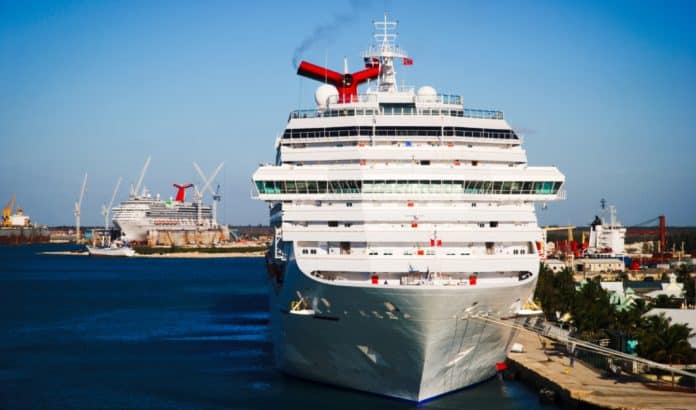 Carnival Cruise Line has announced regular calls to Hurricane hit Freeport on Grand Bahama Island in the Bahamas have resumed.

The cruise line has announced that Carnival ships will now resume regular sailings to Freeport, Bahamas with the first cruise ship being the Carnival Pride. The cruise destination on Grand Bahama Island was devastated by Hurricane Dorian in early September 2019.

“Carnival Cruise Line is proud to be such a big year-round supporter for cruise tourism to Freeport so we are very excited to provide our guests the opportunity to again visit this popular destination.”

“Cruise ship visits are important to the local economy and our shore excursion team has been working closely with local tour operators and has confirmed a variety of attractive onshore excursions for our guests.”

Carnival Pride will be the very first ship back with a call at Freeport on October 11 as part of her week-long cruise out of Baltimore. The Spirit-class vessel departed her homeport on October Sunday, October 6 with almost 2,400 passengers onboard. The ship was also one of the first in the fleet to drop of urgent supplies to the island in September.

“The rebuilding of Grand Bahama has begun. We welcome the return of Carnival Cruise Line back to Grand Bahama after Hurricane Dorian. Carnival is an incredible partner for the Bahamas and Grand Bahama.”

Carnival Cruise Line expects a total of 39 calls in Freeport which will, in turn, bring more than 100,000 cruise visitors before the end of the year. Carnival Elation will be the second ship in the fleet to call at Freeport on October October 13 and then Carnival Freedom on Tuesday, October 15. This news follows the Carnival Ecstasy which entered the dry dock facility at the Grand Bahama Shipyard in Freeport, you can read more here.