Carnival has been working hard on repatriating thousands of crew members over the past few weeks all around the world. There has been an extraordinary effort in Croatia as the cruise line repatriated almost 3,000 crew members through the Port of Dubrovnik, on the eastern coast of the Mediterranean Sea.

Carnival president Christine Duffy has said Carnival Breeze and Carnival Magic made calls to the stunning city recently to get the crew back home. Not just Croatian crew members, but also those from nearby Serbia, Montenegro, and Bosnia managed to get home via arranged buses.

Worth Reading: Here’s Where Each Carnival Cruise Ship Will Sail to Repatriate the Crew

What’s surprising is that even when there are major travel restrictions and widespread flight cancellations, Carnival Cruise Line was able to book commercial flights for hundreds of team members including Europeans and those from the Philippines and Indonesia.

“Carnival wants to acknowledge the many government agencies, private operators and local maritime partners that played such an important role in this mission. When Dubrovnik is ready, we can’t wait to get back to cruise operations to bring our ships, crew and wonderful guests to this beautiful city,” said Christine Duffy, president of Carnival Cruise Line.”

Carnival is repatriating over 26,000 crew members as it has suspended cruise operations until August. At that time, only eight vessels will resume sailings, and thus many crew members will remain at home until additional ships return to service. Many ships that have not been busy sailing crew members back home are in a cold layup until service resumes.

The focus is now starting to shift on new health measures for when cruises resume. Many changes are coming to make sure the crew can work in a safe environment along with guests enjoying their vacation, so everyone can enjoy cruises again without fear of infection or illness. Stay tuned and Cruise Hive will bring you all the updates as these measures are announced! 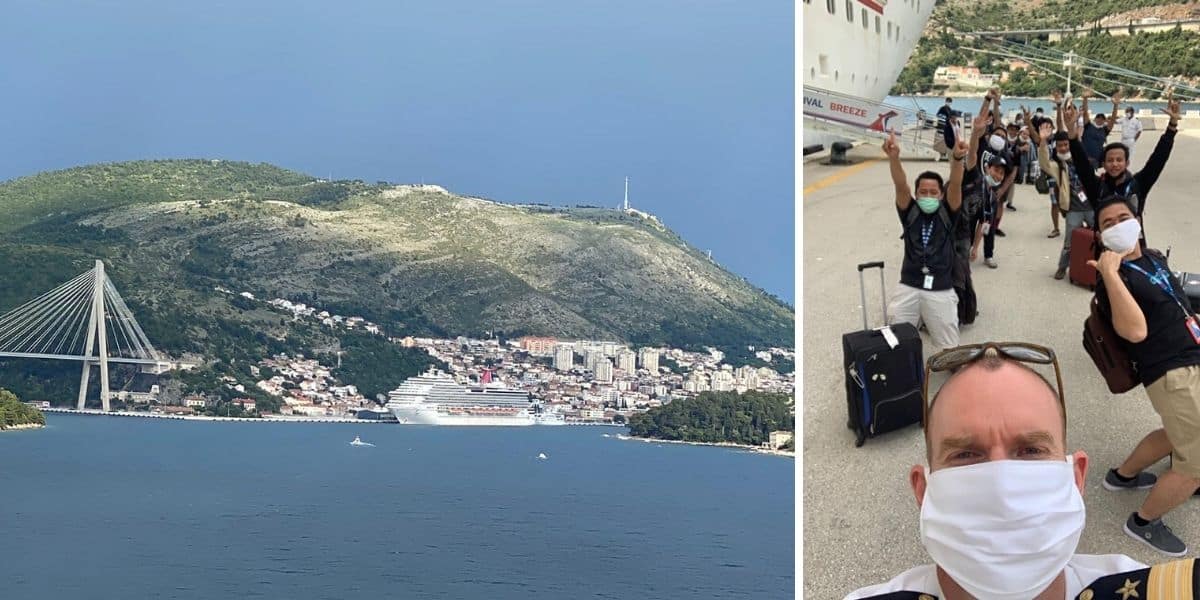