Carnival Cruise Line has returned to the Caribbean island of St. Thomas with the Carnival Glory cruise ship.

Carnival Glory is the first ship in the fleet to make a return to Hurricane hit St. Thomas in the U.S. Virgin Islands. The Carnival cruise ship called at the popular Caribbean destination on January 9 and stayed in port for most of the day. St. Thomas which is part of the U.S. Virgin Islands offers some of the best beaches in the Caribbean along with different type shore excursions and shopping. The port has long been one of the popular destinations for cruise ships sailing the region.

Carnival Glory called at St. Thomas as part of a 7-night Eastern Caribbean cruise which departed its homeport in Miami, Florida on January 6. Other ports of call on the itinerary include Carnival’s private island Half Moon Cay, Puerto Rico and Grand Turk.

Over the coming weeks, there will be even more visits to St. Thomas from Carnival ships as the cruise line makes a return. The Eastern Caribbean island was devasted along with several others after the powerful Hurricanes hit in September 2017. Hurricane Irma and Hurricane Maria caused widespread devastation across the region, they were both category 5 Hurricanes.

The Caribbean is back in business and islands have been rebuilding ever since with the cruise lines support and help. Carnival Cruise Line will also be making a return to St. Maarten with the Carnival Sunshine next week. 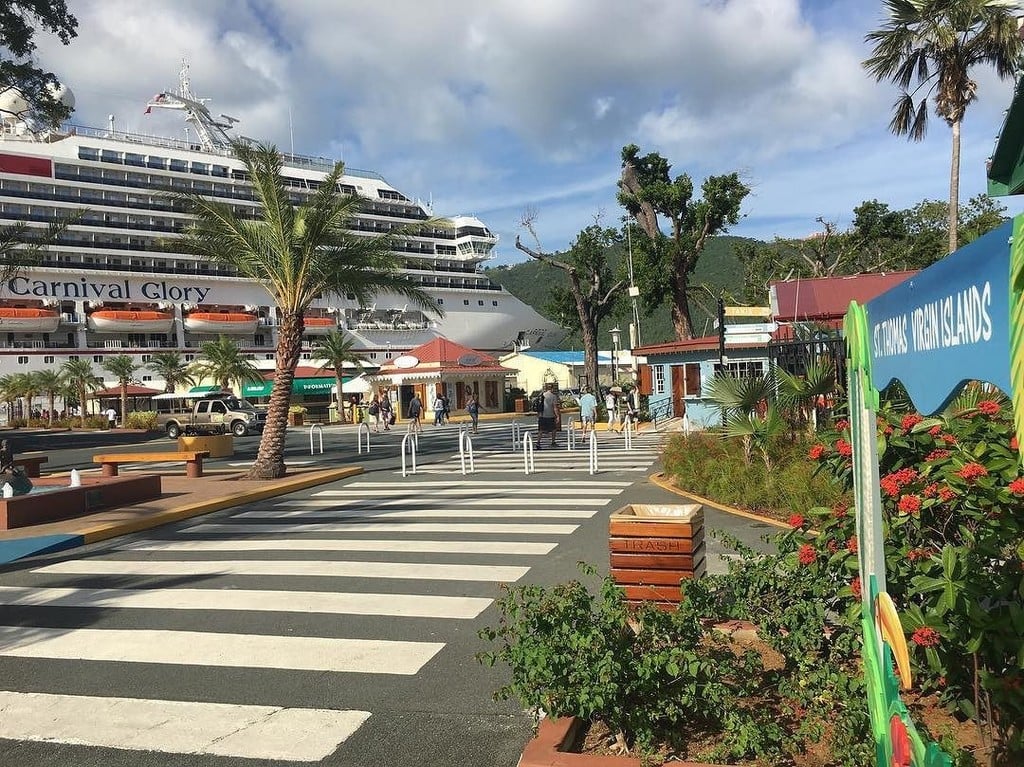