Carnival Cruise Line has been getting in National Burger Day mood which takes place on May 28.

National Burger Day is almost upon us, one of our favorite days of the year! Carnival has been getting in on the action to celebrate with passengers onboard one of the ships.

Carnival went above and beyond to celebrate with a gigantic Guys Burger on Carnival Liberty. The cruise line posted several tweets of the largest burger at sea at Guys Burger Joint Restaurant. We need to know how much preparation went into making the burger which featured a lot of pretty much everything. It must have taken some time to put together by the ship’s crew.

What we like about Carnival Liberty featuring the largest burger at sea is it being on Carnival Liberty, the first vessel in the fleet to receive the first-ever Guys Burger Joint at sea. The now popular venue in partnership with Guy Fieri was part of the FUN 2.0 upgrades which Carnival Liberty was first to get in 2011.

Carnival Liberty is a 110,000 gross ton vessel which will be serving thousands of tasty burgers where cruise guests can choose their own toppings along with a side of chunky fries.

Guy’s Burger Joint is so good that the venue won Best Burger Venue by Cruise Hive readers and came out on top over several other venues on other cruise lines. 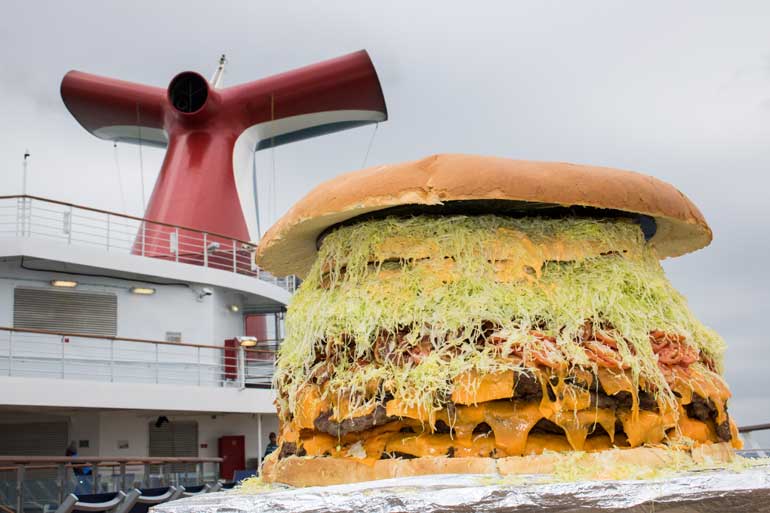