We’ve been tracking Hurricane Harvey and how it is impacting cruise ships which are based out of Texas. Carnival has just released an update and has now adjusted itineraries for at least two ships originally scheduled to dock in Galveston this weekend.

As you may know from our other posts on Hurricane Harvey and how it is affecting the cruise industry, Port of Galveston has closed to all shipping due to gale force winds and bad sea conditions.

A total of four cruise ships are scheduled to call at Port of Galveston over the weekend and now Carnival Cruise Line has just posted updates and altered itineraries. take a look at the details below:

The Port of Galveston is currently closed. We will continue to remain in close contact with port officials regarding their plans to re-open once the storm has passed and a post-storm assessment of the port has been completed.

Currently the Carnival Freedom and Carnival Valor are at sea and will remain a safe distance from the storm. Both ships will make a brief stop in New Orleans on Saturday to replenish fuel, fresh water and food supplies. Guests who wish to terminate their cruise at that point and disembark in New Orleans may do so. However, given the severity and projected path of the storm along with potential challenges guests may encounter attempting to travel back to Galveston independently, we are strongly encouraging them to remain on board as we intend to return the ships to Galveston as soon as feasible.

The next scheduled voyages for Carnival Freedom and Carnival Valor will be shortened with itineraries to be determined. Guests who sail on modified voyages will receive a pro-rated refund equal to the number of cruise days missed. Those who wish to cancel may do so without penalty and receive a future cruise credit.

Additional information regarding Carnival Breeze, which was originally scheduled to turn around in Galveston on Sunday will be added soon.

Guests scheduled to depart on Carnival cruises from Galveston this weekend are asked to sign up for text alerts by texting the codes below to CRUISE (278473).

So in brief Carnival Freedom and Carnival Valor will not be arriving in Galveston as scheduled and instead will call in New Orleans to pick up essential supplies. Both ships will keep their distance from the powerful storm and will dock back in Galveston once the port opens. This means the next scheduled sailings set to depart Galveston on Saturday, August 26 will be shortened which Carnival will detail soon.

Carnival Breeze could also be affected by Hurricane Harvey and Carnival stated that further details on the ship’s itinerary will be released soon.

Hurricane Harvey is strong at has maximum sustained winds of 110 MPH. the Hurricane has reached the Texas coast line and will cause life threatening damage. 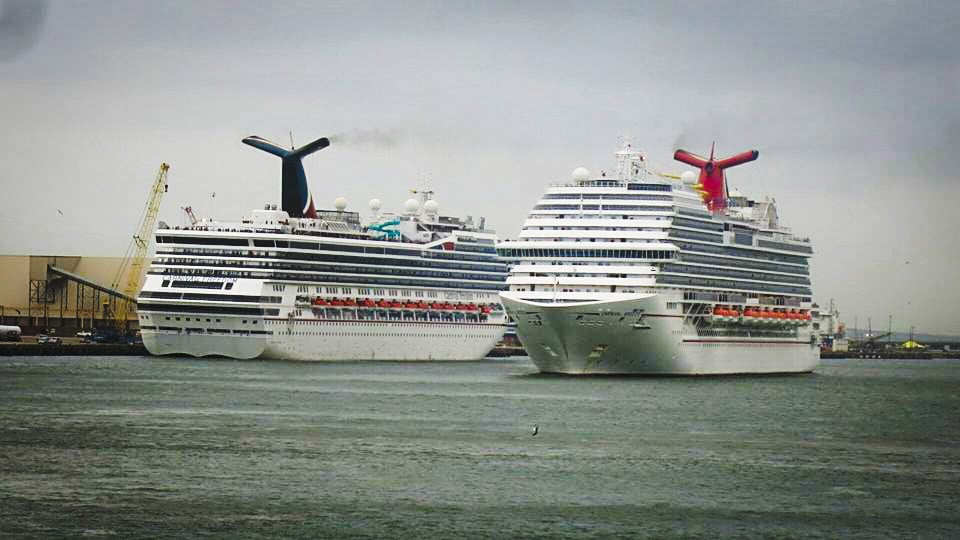