Carnival Cruise Line suddenly removed all May 2021 sailings from its website. Many guests have already started noticing that they have been unable to book any cruises for that month.

UPDATE: It has now been made official and Carnival has extended its suspension through May 2021 including the cancellation of Mardi Gras’ inaugural cruise.

This could now be a sign that Carnival will be following in the footsteps of another major cruise line while it continues to work with the U.S. Centers for Disease Control & Prevention on a safe return to operations.

As of Tuesday evening, Carnival Cruise Line removed all cruises for May 2021. This does now seem to be the case for everyone, and guests have been unable to book any cruises for that month.

At the moment, the only cruises showing are from June 2021 onwards, with a total of 289 results featuring multiple vessels and ports. The last time Carnival removed all its sailings in April, the cruise line announced a further suspension of operations less than a day later.

Even though nothing has officially been announced, Carnival Cruise Line Ambassador John healed has posted that there will be an announcement at 1 PM Eastern Time. However, there is still a possibility that this could be site maintenance or related to passenger capacity, which we know is part of the requirements from the CDC’s Conditional Sailing Order.

The cruise line has already announced a further suspension for operations in Australia recently. Carnival Splendor cruises are canceled through June 28, 2021, and Carnival Spirit cruises through September 12, 2021.

It Comes as No Surprise

Carnival Cruise Line removing all its May sailings does not come as any surprise at all. Norwegian Cruise Line had already canceled all its operations for May, and when one major line does this, it’s usually just a matter of time until others follow.

All three major cruise lines in the U.S. are dealing with the same requirements from the CDC, and we’ve already seen hints of a further delay for several weeks. Cruise lines have been waiting on the CDC for more details on resuming operations, and until this happens, there will be no test sailings. With no test sailings, there can be no guest sailings.

Any new protocols need to be stress-tested first, and cruise lines need to have plans in place if an outbreak occurs. The good news is that there have already been cruises in Europe and out of Singapore, and health measures are working.

For now, we’ll just have to wait and see if the removal of the May cruises does mean a further suspension. Carnival had previously announced its extended suspension on January 22 when it canceled sailings through April 30, 2021.

Carnival has already canceled select cruises for much longer into the fall due to delayed dry docks. The much-anticipated debut of the new Mardi Gras out of Port Canaveral was delayed again to May 29, 2021. The hope is that the LNG-powered mega-ship won’t be delayed again for the fifth time. Carnival Radiance which is being completely transformed won’t be returning to service until November 2021 out of Long Beach.

New details could be about to be released and Cruise Hive will keep readers updated on any new developments. 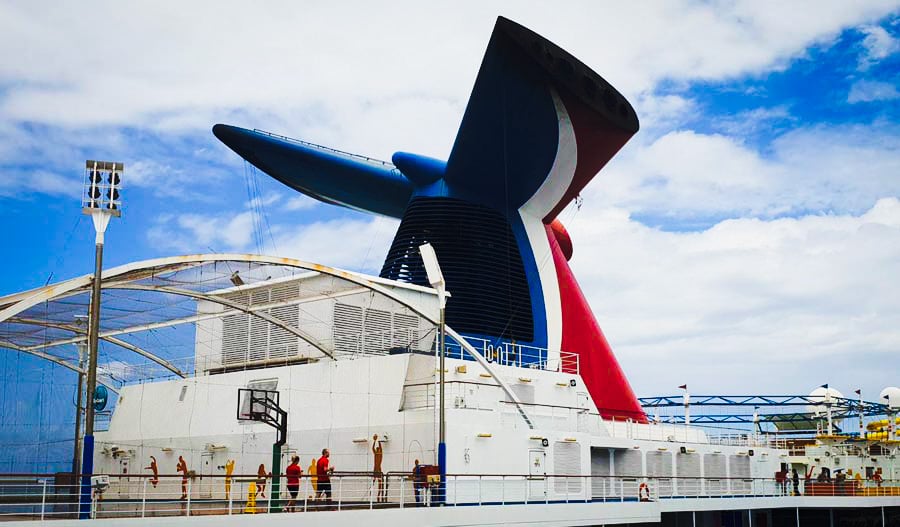