Carnival Cruise Line has celebrated a major milestone with year-round cruises from the Port of Baltimore on the U.S. east coast.

10 Years of Year-Round Cruises from Baltimore

The cruise line and the Port of Baltimore have celebrated a “Decade of Fun” aboard the Carnival Pride cruise ship which is based at the east coast port.

This marks 10 tears of year-round cruises from the port. The program first launched in 2009 and has carried over 1 million guests so far.

“Baltimore is an important part of our homeport deployment strategy and the port has been a great partner for the past 10 years.”

“Our cruises from Baltimore on board Carnival Pride continuously earn high marks from guests who appreciate the ease of sailing from this convenient and centrally located port.”

A ceremony was held on the Spirit class cruise ship which was attended by Carnival president Christine Duffy and port executives. There was an exchange of maritime gifts including a ship’s bell and an international clock.

Let’s hope the Miami-based cruise line continues its commitment to the port. At the moment the Carnival Pride offers week-long cruises to the Bahamas and Bermuda as well as 14-day Carnival Journeys cruises to the Caribbean along with a partial Panama Canal transit.

Port of Baltimore is one of many U.S. homeports which is important to Carnival’s reach of major population bases along the east coast, west coast and gulf coast. The cruise line currently sails from 20 different North American homeports.

The program from Baltimore has a huge impact on Maryland along with other cruise lines. In total $204 million is generated for the economy along with over 3,100 jobs which accounts for $175 million in wages. 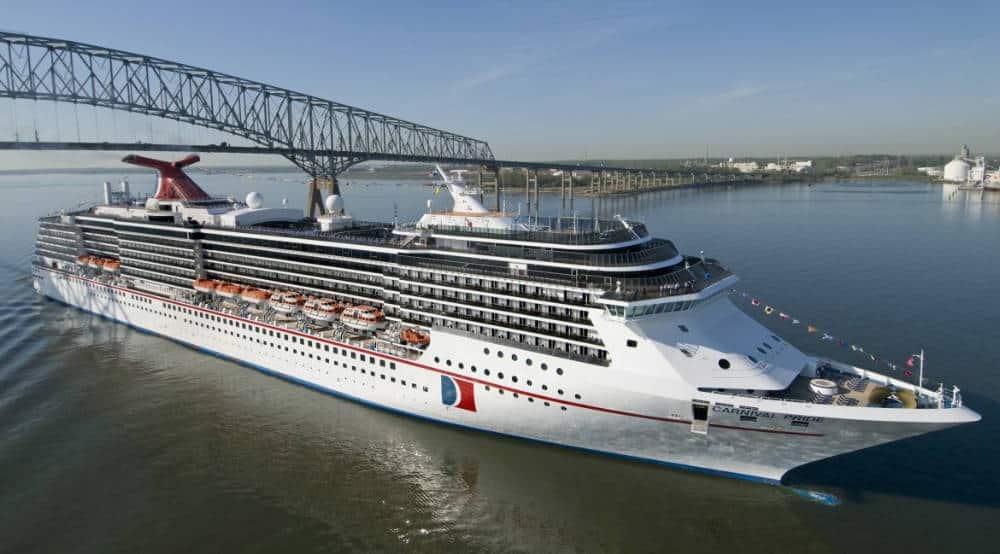