Carnival Cruise Line to Develop New Destination in the Bahamas

Carnival Cruise Line has announced that it will develop a brand new private destination in the Bahamas.

The cruise line and government officials have signed an agreement to develop a new destination on Grand Bahama Island in the Bahamas. The development will be a new port facility which will be the largest ever built in the Bahamas. Both parties will be funding the large project which has not yet been named.

“Carnival Cruise Line is the leader in year-round cruising to The Bahamas and this new development will not only provide a truly extraordinary and one-of-a-kind destination experience for our guests but it will further solidify our partnership with the people of The Bahamas.”

“In 2017, along with Carnival’s sister lines, Carnival Corporation will bring close to 3 million guests to The Bahamas via calls to Nassau, Freeport, Grand Bahama, Half Moon Cay and Princess Cays, the latter two of which were developed and are operated by Carnival Corporation brands Holland America Line and Princess Cruises. Collectively, we represent the single largest cruise company investor in The Bahamas,” Duffy added.

The new destination will feature a mile-long beach, food, beverage and shopping outlets, a wide array of water-based amenities and other recreational facilities. A pier will also be built which can cater for two large Carnival cruise ships. The facility is expecting up to 1 million guests each year which would make it one of the prime cruising spots in the Caribbean. The destination will also be able to host ships from other Carnival Corporation brands.

More specific details are still to be sorted out which Carnival Cruise Line will reveal in the future. At the moment the cruise line uses Freeport, a port located on Grand Bahama Island. Freeport is a common destination on cruise ship itineraries and we’ll just have to wait and see if it will still be used once the new port is completed. 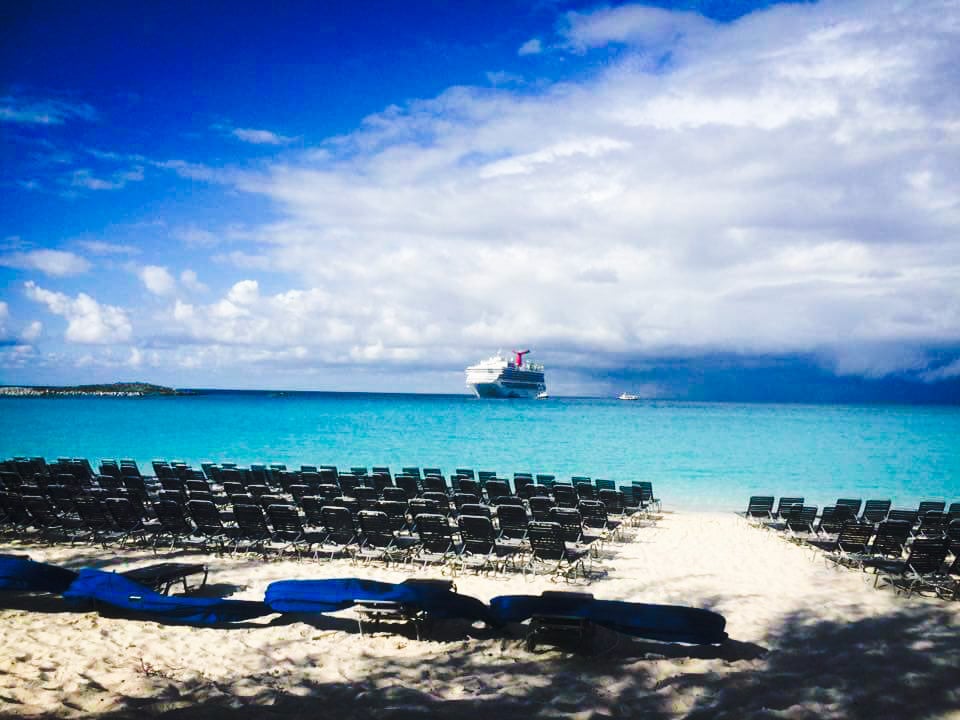