In the last 24 hours, Carnival Cruise Line had already removed all its May 2021 sailings from its website and now another suspension has been officially announced. The cruise line now plans to resume cruises from June 2021 at the very earliest. Mardi Gras‘ debut from Port Canaveral has also been cancelled.

It comes as no surprise that Carnival Cruise Line has decided to extend its suspension on operations in the U.S. through May 31, 2021. It now means that Carnival cruise ships won’t begin sailings until June at the very earliest. The pause will be for even longer into the fall for select ships, which was already previously announced.

This news first started coming to light after the Miami-based cruise line removed all its May 2021 sailings from its website on Tuesday evening. Many guests started noticing that they could not book any cruises for that month and the earliest voyages were only available from June 2021.

“We continue to work on plans to resume operations and are encouraged by the focus to expedite vaccine production and distribution which are having a demonstrated impact on improving public health,” said Christine Duffy, president of Carnival Cruise Line.  “We appreciate the support of all of our guests, employees and trade partners who we know are looking forward to our return.”

Carnival had previously announced an extended suspension on January 22, 2021, for all U.S. departures through April 30, 2021. The operator has also already extended its pause in Australia with Carnival Splendor cruises canceled through June 28 and Carnival Spirit through September 12, 2021.

Also Read: When Will Each Cruise Line Resume Sailings Again?

Earlier in February, Carnival already started sending out new cancellation options for guests who are booked on sailings of seven days or shorter and for sailings eight days or longer.

Guests started receiving communications recently with new options for sailings that are seven days or less on bookings through July 31, 2021. Carnival advised that it was awaiting further details from the U.S. Centers for Disease Control & Prevention so was offering new options to provide further peace of mind.

For the longer sailings, the options impact 8-day sailings through October 31, 2021, and 10 & 14-day itineraries for Carnival Sensation and Carnival Pride.

Within the new options, guests will automatically receive a $100 onboard credit should their cruise still go ahead. If the voyage eventually does not go ahead and guests have not received their credit, then they will receive options already offered during the suspension of operations.

Indeed it was! Norwegian Cruise Line already extended its pause through May 2021 so it was just a matter of time until another major cruise line followed. All the cruise lines out of the U.S. are waiting on the CDC for more technical details on resuming cruises, they’re all in the same boat.

Carnival has not been able to get test sailings going yet until further guidance from the CDC. Without test sailings, then guest operations can’t resume. The longer the CDC waits in allowing cruises to resume, the more vaccines come into play.

With some cruise lines already making vaccines mandatory, cruise lines could eventually wait until the various vaccines are more widely available. Vaccinated guests will undoubtedly lower the risk of cruise outbreaks, and in fact, Royal Caribbean and NCL have made this essential for crew members.

We’ve had other hints that cruises could be delayed even further with cruise line repatriating crew members once again in anticipation of a longer waiting on returning to service and even predictions from analysts.

With Carnival already sending out new cancellation options to guests there was already talk of a further delay, and that’s exactly what happened.

What About Mardi Gras?

Many cruisers will be asking about Carnival’s new cruise ship the Mardi Gras. She has already been delayed four times since her original debut date at the end of August 2020 out of Copenhagen.

Mardi Gras’ new debut date was set to be May 29, 2021 but it has been confirmed that the voyage will no longer take place. The first cruise for the vessel is now showing as departing on June 5 our of Port Canaveral. 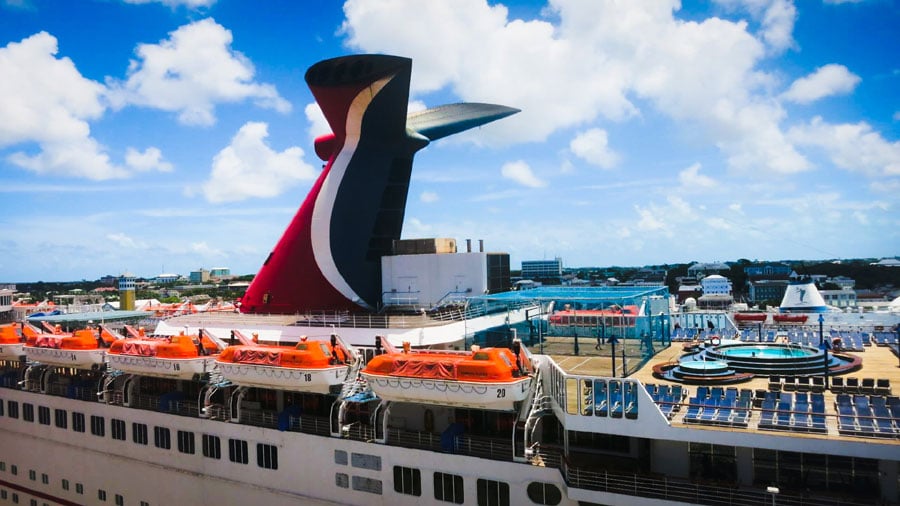