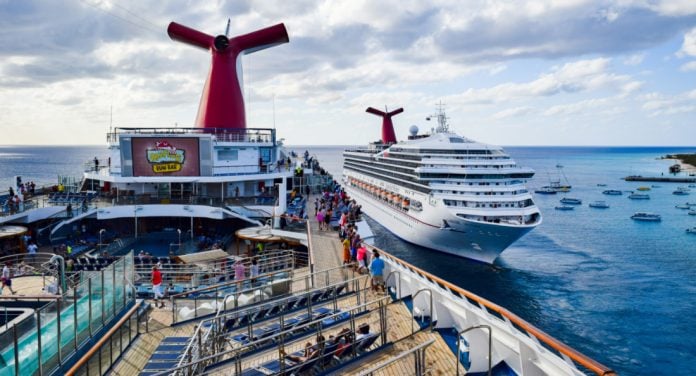 John Heald is the cruise ambassador for Carnival Cruise Line and is one of the most popular figures in the industry. So when he’s going to be on a certain cruise it’s always a big thing and that cruise will often sell out fast.

Well, Carnival has now announced a total of nine sailings which John will be on starting from September 2019 all the way through September 2020. He will be on a wide range of different class ships including the Fantasy-class, Conquest-class, Dream-class and the Vista-class. He will also be sailing on the new Carnival Panorama which joins the fleet this December on the U.S. west coast and on the newly transformed Carnival Radiance which is currently known as Carnival Victory.

This will be a great chance for guests and John Heald followers to get a chance to meet him. During the voyages, John will also take part in the Love & Marriage show, Carnival’s live morning show and a special event in the Casino hosted by the Carnival celebrity himself.

As usual, when John is on a Carnival sailing, guests will be able to see him around the ship, likely going live on his popular Facebook page! He could also be included in many other activities and event during the cruise.

The sailings will likely go fast with the first one being the Carnival Breeze out of Port Canaveral, Florida on September 7, 2019. The final sailing announced will be on the Carnival Horizon almost exactly a year later.

John Heald was previously a cruise director for Carnival Cruise Line and then became the senior cruise director. He now spends most of his time communication with his followers on Facebook and keeping everyone updated on all things Carnival.