A new video message from Royal Caribbean Group Chairman and CEO, Richard Fain has been released with some new hope after vaccine news.
Read more
Ports

It is getting busier by the day on the Florida skyline as more and more vessels arrive back in the United States after being anchored for eight months.
Read more
Royal Caribbean

Royal Caribbean has decided to wait a little longer until resuming operations as cruises are now cancelled until March 2021 with some exceptions of cruises outside the U.S.
Read more
Cruise News

Five Cruise Ships Have Not Yet Met CDC Approval

With preparations for a resumption of cruises in full swing, it comes somewhat as a surprise to see that no less than five cruise ships have not yet met the CDC’s approval for disembarking crew members.
Read more

And so the Carnival Corporation has revealed it’s very first Super Bowl Ad during the ad break of Americas largest sporting event. The new ad was a minute long and named “Come Back To The See”.

“We are tied to the ocean… and when we go back to the sea, whether it is to sail or to watch it … we are going back from whence we came,” President Kennedy says in his distinctive voice heard by viewers as they see illuminating scenes of the ocean’s natural beauty. In the commercial’s full voice-over, representing a short clip from his speech kicking off the 1962 America’s Cup, the President’s remarks describe the emotional and innate connection that people have with the sea.

You can watch the ad right here:

“We worked with true passion to bring this creative concept to life with reverence and elegance to strike a chord with consumers, and we are proud to share it on the world’s biggest stage,” said Arnold Donald, president and CEO of Carnival Corporation. “Our existing guests already know that each time they go back to the sea on one of our ships, it is a unique experience that helps them connect in a special way with themselves, family, friends and the world. We wanted to convey that same feeling with people who have never cruised by showing the magnificence of the sea and its special place in our lives, and why cruising is a great way to relax, reconnect and recharge.”

The “Come Back to the Sea” spot was produced to create a personal connection with consumers, especially those who have never taken a cruise vacation, a key target audience for Carnival Corporation’s 2015 marketing initiative designed to increase interest in and demand for cruising.

Donald added: “Our overall goal is to successfully share that cruising is not what some people think it is, and to debunk untrue common myths that keep people from taking a cruise. We want to start among those who haven’t cruised a conversation about why cruising is such a great vacation, at an exceptional value, and why cruising is an option to consider when planning a vacation. And, since we have nine distinctive brands that sail 100 ships to more than 700 ports around the world, we have a cruise that’s right for just about everybody.”

To capture the essence of cruising and showcase the experience of going back to the sea, Hollywood directorWally Pfister and the BBDO-Atlanta creative team shot for nine days in Barcelona, Spain, including five days onboard the Regal Princess ship, the newest ship in the company’s Princess Cruises line. Gathering breath-taking visuals of the open sea and unique moments in time from cruise vacations, the team produced a story that translates the unique and intangible experience of re-connecting with the sea into a 60-second commercial. Drawing on a wealth of storytelling expertise, Pfister and the team created a film-quality, documentary-style final spot with powerful visuals to help evoke an emotional response from viewers.

This final commercial was one of four fully produced ads created as part of the company’s recently launched “World’s Leading Cruise Lines Marketing Challenge” that gave consumers across North America the chance to provide Carnival Corporation with input on its new advertising creative. Hosted by Cedric the Entertainer, this interactive crowdsourcing contest let consumers “join the company’s marketing team” and vote for their favorite creative concept with a chance to win a grand prize of a yearly cruise for life. More than 100,000 consumers voted on the ads and participated in the contest. 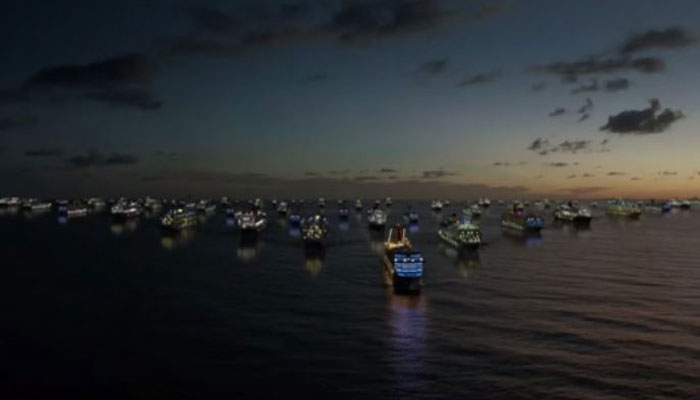