Carnival Conquest Might Have Spotted Debris from Missing Cargo Ship

The Carnival Conquest which is operated by Carnival Cruise Line might have spotted debris from the missing cargo ship, El Faro.

According to Local 10 the Carnival Conquest had to slow down due to debris in the ocean. At the time the vessel was sailing towards Grand Turk in the Bahamas when the debris was spotted. One passenger told the site “two announcements were made Monday night notifying passengers that the ship was slowing down because there was a sighting of debris from El Faro.” passengers on the cruise ship also saw debris in the ocean.

Carnival Cruise Line has informed Cruise Hive “a Carnival cruise ship came across some debris and this information was reported to U.S. Coast Guard but we are not aware of any confirmation that the debris belonged to the El Faro ship.”

The 224 metre El Faro cargo ship went missing in the Bahamas while sailing from Florida to San Juan, Puerto Rico. The large ship was caught in Hurricane Joaquin and the U.S Coast guard has said that the ship lost power and sunk. There were 33 crew members onboard the ship from the U.S and Poland. The U.S Coast guard is still searching the region including the ship’s Black Box. The Coast Guard have said that crews have searched a total of 172,257 square nautical miles while searching in the vicinity of the ship’s last known position 35 nautical miles northeast of Crooked Islands, Bahamas. The Coast Guard located a deceased person in a survival suit in the water Sunday

We hope the debris spotted from the Carnival Conquest helps with the search of the missing ship and our thoughts are with the families and loved ones of those working aboard the El Faro. 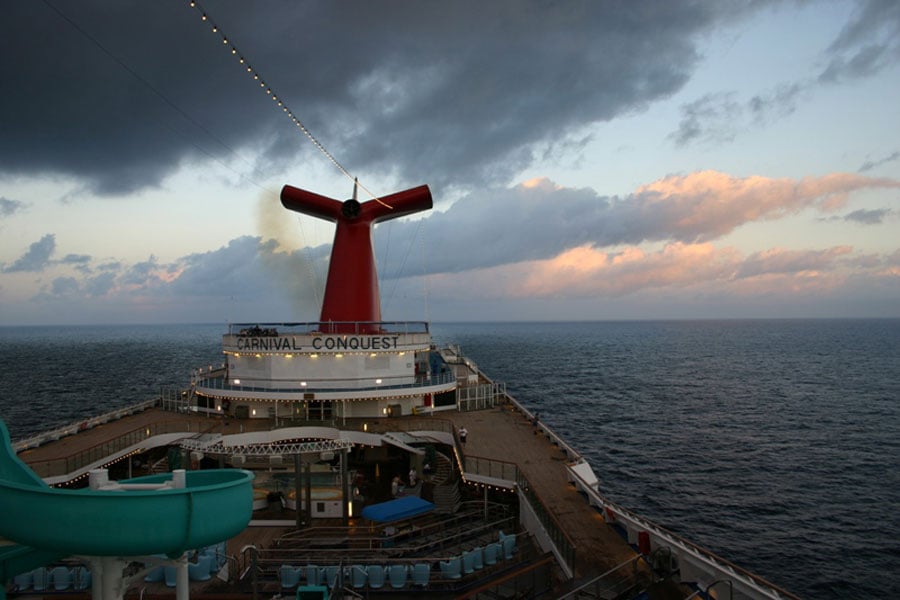