More news has been released from Carnival about a new restaurant that will be featured on the Mardi Gras cruise ship arriving in 2020. The cruise line has partnered with Emeril Lagasse to bring his first ever at sea restaurant venue onboard, named Emeril’s Bistro 1396.

The venue will be located at the French Quarter zone, this is one zone out of six on the new class vessel which you can read more about here. The zone is inspired by the festive spirit of Louisiana with jazz being a major focus.

“Mardi Gras is designed as the ultimate vacation experience, and that extends to the food and beverage offerings.”

“Emeril Lagasse has brought the uniqueness and fun of New Orleans dining to foodies all over the world, and we’re thrilled that he’ll now bring that same experience to Carnival. There is no one better suited than Emeril to add a level of authenticity to the Mardi Gras experience that will give our guests another way to Choose Fun.”

The bistro will have the chef’s signature dishes, which Emeril has a reputation for in New Orleans. The restaurant will be an additional fee (the amount is not yet announced) for guests and offers breakfast, lunch, and dinner. The cruise line has also released menu details for the New Orleans-inspired Emeril’s Bistro 1396.

There will be complements such as Creole potato salad with diced scallions, and red beans and “jazz-man” rice. Breakfast offerings will feature shrimp and grits and a shrimp Creole omelet. The New Orleans classic Bananas Foster and lemon ice box pie will be available for dessert.

“I’ve developed restaurants all over the country, but to create my first restaurant at sea – on a ship named Mardi Gras with its own French Quarter, no less – was an opportunity I simply could not pass up.”

“I’m excited to be a part of this brand new ship and bring a taste of the flavors of New Orleans cuisine to the guests sailing on Mardi Gras.”

This is just one venue out of many that will be featured on the new class ship for Carnival Cruise Line. Keep following Cruise Hive as more specific details will be revealed over the coming months.

The ship will become the largest in the fleet at 180,000 gross tons, and fully powered by Liquified Natural Gas (LNG). She’s currently under construction at the Meyer Turku shipyard in Finland.

Mardi Gras will set off on her maiden voyage from Copenhagen, Denmark on August 31, 2020. The ship will reposition to New York for a few sailings before her new year-round homeport of Port Canaveral, Florida in October 2020, offering seven-day Caribbean itineraries. 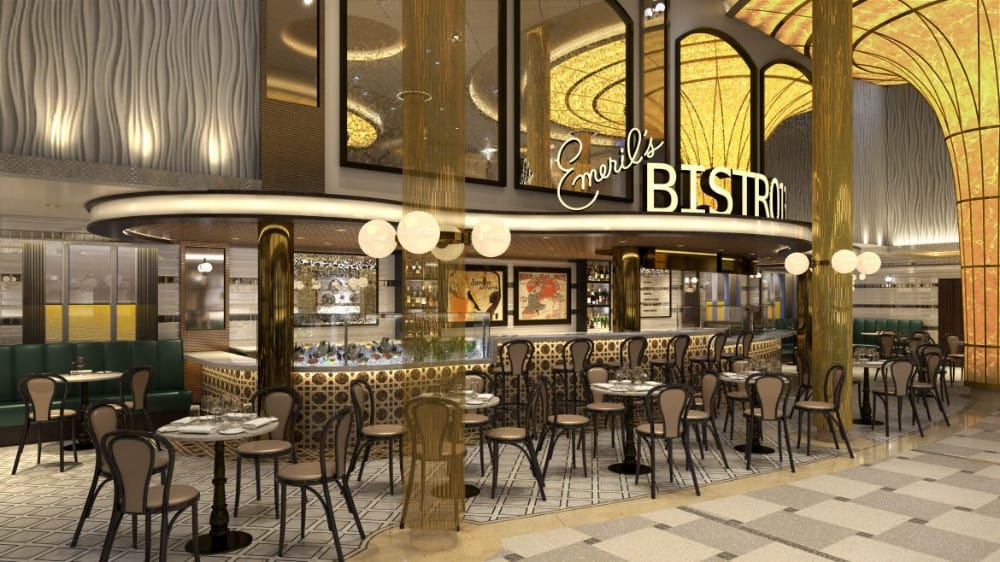