The Caribbean island of Dominica has released an update after Hurricane Maria devastated the cruise destination a year ago. The island is making a comeback and cruise lines continue to be committed.

Dominica is a cruise destination located in the eastern Caribbean and in September 2017 was devastated by the strong Hurricane Maria. The storms caused major destruction across the island but Dominica is rebounding, rebuilding and open to cruise ships.

“A growing share of affected residents can say their lives are back on track or almost back to normal after the hurricane.”

“The progress made this past year represents a milestone in the recovery process during which the people of Dominica – and the natural environment itself – have shown their resilience and indomitable spirits.”

Dominia has released a full update of how the island is doing and service which is now up and running. It is important to know the status of the island for those cruising there or planning on visiting separately.

Douglas-Charles and Canefield – are fully open for commercial operations with same-day connectivity with international carriers to and from Douglas-Charles. The ferry service operated by L’Express des Iles is also available. A new ferry service, Val Ferry, began operating between Dominica and Guadeloupe in August 2018. Val Ferry runs a weekly schedule with seating capacity of 400.

Roadways are also open for all vehicles across the island, yet travellers are advised to be cautious as road repair work is still ongoing in some areas. Public transportation, taxi services and car rentals are all available on the island.

A majority of Dominica’s properties are open, with more than 540 hotel rooms available. Since last fall, many lodging properties have made an amazing rebound and have used this as an opportunity to do intense renovation to improve and enhance their existing location. Two hotels will be reopening soon – Secret Bay (November 2018) and Jungle Bay (February 2019) Fort Young Hotel, Dominica’s premier hotel, is currently operating with 40 rooms and is undergoing a massive renovation to include 60 additional rooms to be fully operational by October 2019 with a total of 100 new and refurbished rooms.

Princess Margaret Hospital, the island’s main health system, has been fully functional and all of the 49 community health centers are operational (39 operate from their original locations and 10 have been relocated due to the devastation).

The top tourism sites and attractions are open to the public. Restoration and maintenance work are still ongoing in some areas, including roads, facilities and signage. All major beaches have been cleaned and are open to visitors.

The restaurant and food industries have shown significant rebound, and many of the food establishments have received renewed operation permits from the Environmental Health Department. The island’s food scene will be highlighted in the upcoming Taste of Dominica event (October 15 to November 30, 2018).

Electricity has been restored to the national power grid in most areas across the island. Full connectivity to individual homes is ongoing in conjunction with certified home renovations. Ninety-seven percent (97%) of customers have access to reconnect to the national grid.

Ninety-eight percent (98%) connectivity has been restored to the national water supply network.

Also Read: 7 of the Best Cruise Destinations You Need to Try

Earlier this year, Dominica celebrated Carnival and the Jazz ‘n Creole Festival. Both events attracted many local and visiting patrons. Upcoming events include the World Creole Music Festival (October 2018) and Dominica’s 40th Year of Independence (November 3, 2018). This year is also a reunion year, an opportunity for Dominicans living abroad to return to celebrate their culture. Most of the reunion activities will take place during the independence celebration (starting September 29, 2018). 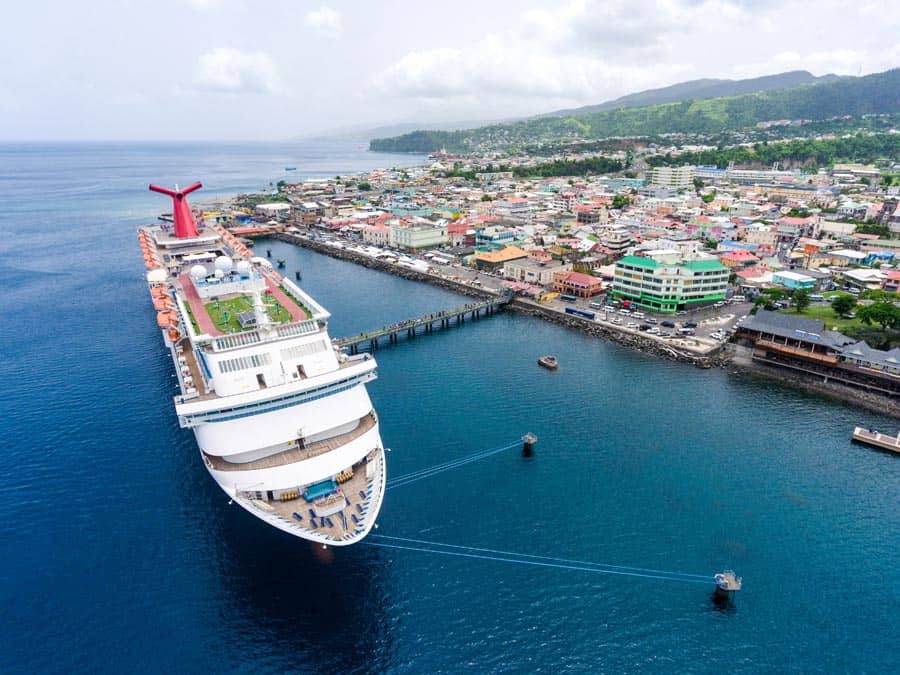