Virgin Voyages has announced their captain for Scarlet Lady, the first ever Virgin Voyages cruise ship. Captain Wendy Williams will become the first Canadian woman to be captain of a ship for a major cruise brand.

Captain Wendy Williams from the coastal city of Sept-Îles, Quebec on the Northeastern coast of Canada will become the Master of Scarlet Lady when the ship begins cruising in 2020.

Williams will become the first Canadian woman to captain for a major cruise brand and she will bring more than 28 years of experience to the bridge of Virgins first ever cruise ship.

“Captain Wendy’s extensive maritime background makes her an excellent choice to lead the Scarlet Lady, but it is her spirit and drive to approach life at sea differently that make her the perfect fit to join the Virgin Voyages family.”

She has worked on fishing vessels, ferry boats and of course large cruise ships. he will be the perfect fit for a new cruise line which has a huge future of growth.

Richard Branson’s cruise line is still in the early stages of recruitment but has already recruited nearly a dozen other female officers, including Jill Anderson as hotel director, Christin Wenge as safety officer, Lindsay Kerber as environmental officer, among other incredibly talented female engineers as well as second and third officers.

Virgin Voyages did launch its Scarlet Squad program last year in the aim to lower the gender gap in leadership roles across the industry.

No Doubt Captain Wendy Williams will be heavily involved in all ship operations even during its construction at the Fincantieri shipyard in Genoa, Italy. Once completed the new class adults-only vessel will be 110,000 gross tons and have a guest capacity of 2,770. 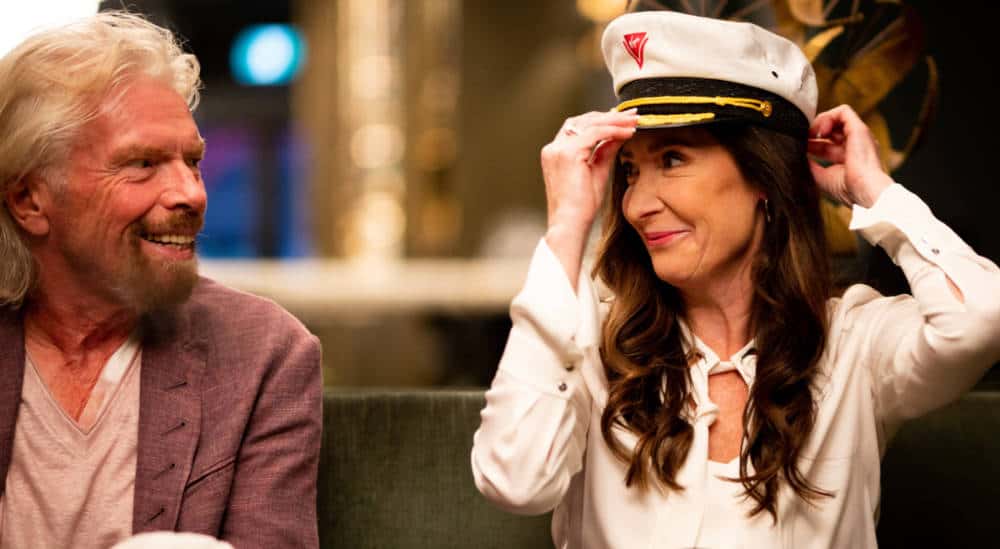