On December 17, the Australian ban on cruising will expire. Cruise Line International Organisation (CLIA) Australasia Managing Director Joel Katz is now calling on the Australian Government to allow a conditional resumption of this critical sector in the Australian tourism industry.

Mr. Katz made the case that Australia has been reasonably successful in managing community transmissions of Covid-19. With a strong strategy for safe sailing introduced by the industry, there is ample basis for reviving the country’s $5.2 billion cruise industry. The cruise industry could follow the example that Singapore has been operating under:

“This would initially involve restricted local cruises for residents only, with limited passenger numbers, 100% testing of guests and crew, and extensive screening and sanitation protocols in place.”

Cruises Could Resume On A ‘State By State’ Basis

CLIA has already made several proposals to the Australian Government on how it could operate within a single state and how safe sailing can be achieved state by state. Cruise ships would be able to operate within state borders while travel restrictions are in place.

Not only would this protect local citizens against outside infection, but it would also mean a revival of the economic benefits of cruises in Australia, according to Mr. Katz:

“Working with governments and health authorities, cruising can progress a responsible restart domestically within Australia, using ships and crew that have gone through all required quarantine procedures. Ships and crew would then remain within the Australian safe-zone or bubble, offering cruises to locals within Australia until international borders reopen.”

The Australian Government made clear early this month it is looking at ways to enable a resumption of cruising soon, a government official had this to say:

“Australian Government departments are considering the parameters around the future resumption of cruise operations in Australia. This includes guidance from Centers for Disease Control and Prevention (CDC) and the European Centre for Disease Prevention and Control (ECDC).

“Above all, the Government will need to be assured that cruise ships can operate in a COVID-safe way and that the risk of transmission is acceptably low before cruise operations will be permitted in Australian waters again.”

The plea from CLIA comes when the Australian economy and communities that depend on the ships have lost almost $2 billion this year.

The industry’s latest annual Economic Impact Assessment shows the industry is worth $5.2 billion in direct annual economic contribution while it also supports and provides more than 18.000 jobs throughout the country.

Worth Reading: Astonishing Cruise Line Losses, No End In Sight

The industry lost $500 million between March and July, and this will rise even further if cruising is not allowed to go ahead, according to Mr. Katz:

“By the end of December, this will have risen to a massive $2 billion loss, given the ongoing pause in operations during the traditional summer peak cruise season, with another $3 billion at risk across the economy if the cruise suspension continues into 2021.”

The cruise industry has been devastated by the pandemic this year, with many companies struggling to stay afloat. The impact is also felt, quite severely in many cases, by local businesses. Travel agents, food suppliers, farmers, hotels, transportation companies, and thousands of crew members all rely on the ships.

The Australian Cruise Association CEO Jill Abel had this to say on the loss of money that many businesses are feeling:

“More than 2.9 million passenger visit days were recorded to 42 different ports around Australia in 2019-20, bringing economic benefit to some of the furthest regions of the country. Passenger spending in destinations around Australia alone totals more than $1.1 billion, while cruise lines spend more than $1.0 billion in Australia over a year.

“Thousands of Australian businesses are supported by spending in destinations around the country, and many are under threat while operations are suspended.”

Overall, it seems the cruise industry is in dire straits, and a resumption would be, at least, a start for economic recovery. The decision lies with the Australian government for now, the following numbers would be something that they would surely consider in making that decision. 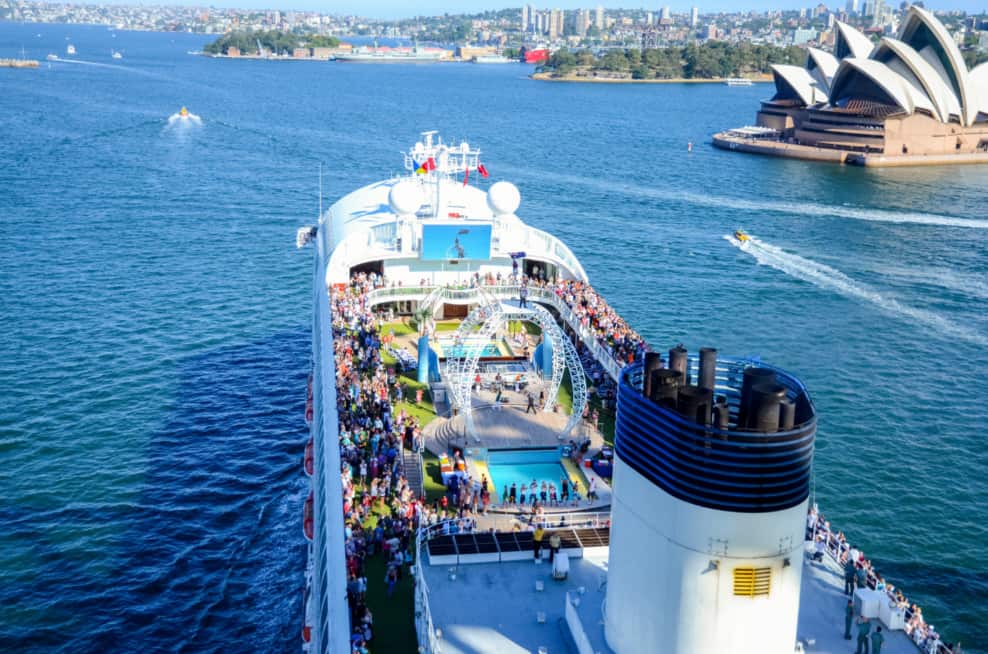