Two cruise ships which are both operated by Holland America Line have collided in the Port of Vancouver. Oosterdam and Nieuw Amsterdam both received damage.

This morning at the Port of Vancouver, Canada the Oosterdam and Nieuw Amsterdam cruise ships collided, thankfully no injuries have been reported.

Somebody isn’t having a good day. pic.twitter.com/4r5jMLehw6

The MS Oosterdam was docking at the port stern to stern at around 6:50 AM on Saturday. The ship hit the aft part of the other cruise ship which was already docked. Oosterdam caused some minor damage to six verandah deck 4 aft cabins on the Nieuw Amsterdam and the cruise line has already begun making repairs. According to posts on social media, the Oosterdam also had some minor damage to cabins.

Holland America statement on collision between 2 cruise ships this am in Vancouver: ‘Six aft stateroom verandahs on Nieuw Amsterdam require repairs which are underway.
All required repairs are well above the waterline and the seaworthiness of both ships is not affected.’ pic.twitter.com/rNq2gjayxW

Both vessels were ending their cruises and there was no delay in the disembarkation process. The cruise line has stated that those guests who were booked in the damaged staterooms are being relocated into alternative cabins.

Kate and her husband were on the Oosterdam when it collided, but didn’t feel any huge impact. She says she was eating breakfast at the time and was evacuated by staff. She’s calling it was a “freak” accident as she’s been on this ship many times in the past. @NEWS1130 pic.twitter.com/6znto9Ukqp

As the damage was above the waterline the ships should be able to continue with their upcoming cruises as normal. Oosterdam is scheduled to depart Canada Place before 5:00 PM to reposition to its new homeport in Seattle, Washington. From there the Holland America cruise ship will depart on a 7-night Alaska cruise on May 5.

The Nieuw Amsterdam has sustained most of the damage, sixstateroom verandahs are being repaired right now. The Oosterdam also has a few verandahs in need of repair as well. @NEWS1130 pic.twitter.com/SwBFMDzq8W

The Nieuw Amsterdam will also depart the Canadian port before 5:00 PM on a 7-night Alaskan voyage. The ship will arrive back in Vancouver on May 11.

This is not the first time two cruise ships from the same cruise line have collided in port. Not that long ago we posted about two MSC cruise ships striking each other in the Port of Buenos Aires in February, read all about it here. 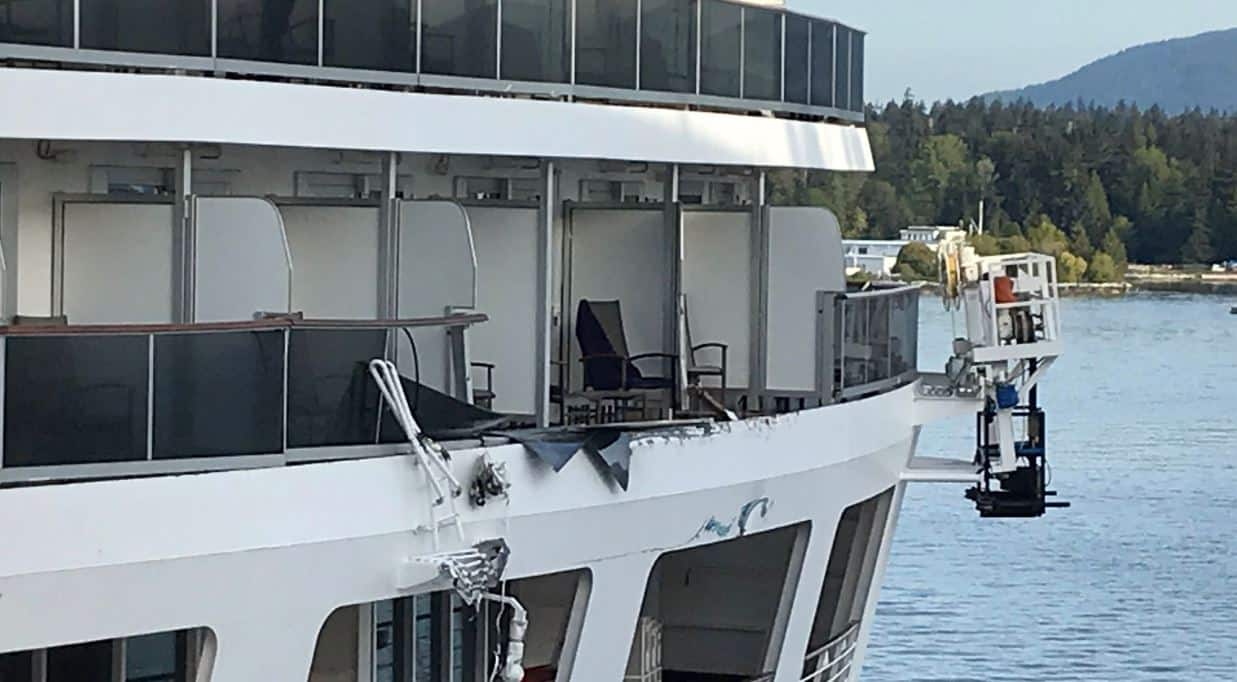