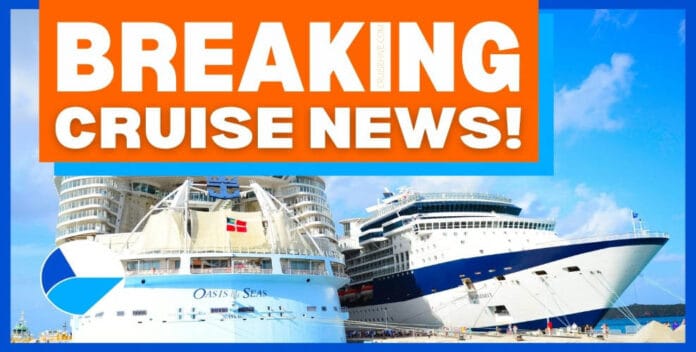 This week so far we’ve been hit with some major breaking cruise news with new cancellations across major cruise lines and the opening up of domestic cruising in the UK.

It has only been a few days and this week we’ve had some major new developments in the cruise industry including more cancellations from multiple Carnival-owned cruise lines, Royal Caribbean extends suspension, the name of Virgin Voyages third cruise ship revealed, and yes finally some good news with domestic cruises in the UK given the green light. So let’s get into all the details.

So we start with Princess Cruises which has announced an extended pause on operations from Los Angeles in California, Fort Lauderdale in Florida, and Rome in Italy through June 30, 2021.

This impacts sailings in the Caribbean, California Coast, Mexico, and the Mediterranean with cruises not resuming until July 2021 at the very earliest. Here are the details for each of the impacted Princess cruise ships:

Princess Cruises also recently announced further cancellations out of the UK and select sailings in Alaska.

Another one of Carnival’s cruise brands has also made the decision to cancel more sailings. Holland America Line has now paused its European operations through June 30, 2021. This now means cruises won’t start to resume until July 2021 at the earliest.

The further suspension will impact cruises departing in May and June on Nieuw Statendam, Volendam and Westerdam, along with the Collectors’ Voyages associated with those canceled cruises. Here are the specific details from the cruise line for each of the impacted ships:

Holland America Line previously paused global cruise operations and canceled all departures on all ships through April 30, 2021; Mediterranean cruises through early June; and all departures sailing to or from a Canadian port in 2021.

Royal Caribbean has decided to extend its suspension through May 31, 2021, which does means cruises won’t resume until June at the very earliest. However, this does exclude some ships. The extension impacts all brands owned by the cruise company, including Royal Caribbean International, Celebrity Cruises, and Silversea Cruises.

As a result of the extension, Royal Caribbean has made updates to its Cruise with the Confidence cancellation policy. The popular program is now extended through May 31, 2021, for a sailing departing through April 30, 2022.

Virgin Voyages has revealed the name for its next new cruise ship. The third addition to the fleet is called, rather fittingly, Resilient Lady.

The fact that the company has chosen Resilient Lady as the name for its newest cruise ship seems to be a fitting one considering the circumstances.

From Summer 2022, the vessel will be sailing on two separate 7-day itineraries in the Mediterranean from Athens, Greece. Just like her sister ship’s she’ll be 110,000 gross tons and cater to adults only.

Things are looking up with the cruise industry in the UK after Robert Courts, the UK Maritime Minister, announced to several members of Parliament that cruises would be able to resume, at least domestically, on May 17, 2021.

The announcement comes after the UK government has started to relax measures nationwide, following a roadmap that Prime Minister Boris Johnson has laid out for the country. Although the pandemic has plagued the UK for many months, a successful vaccine rollout has laid the foundation for a speedy return to the ‘new normal.’

Robert Courts, the Minister for Aviation, Maritime & Security, appeared at a virtual meeting of the All-Party Parliamentary Maritime and Group (APPMPG). He told members of Parliament the government is working with England, Northern Ireland, Scotland, and Wales to get UK-wide domestic cruises up and running.

This means that voyages between, or from and to, UK ports will likely return from May 17, 2021.

P&O Cruises which is the largest cruise operator in the UK has said it will take some weeks after May 17 to get cruising going again but is delighted at the news. in fact, the cruise line is already planning UK-only sailings this summer, more details are still to be announced.

We’ve got even more cruise news including new features revealed for the next P&O mega-ship, Alaska could be back on the table and find out when each cruise line plans on resuming cruises.