Viking today opened reservations to the public for its new Mississippi River cruises, which will launch in 2022. The company’s first custom vessel, Viking Mississippi, will debut in August 2022 and will sail voyages on the Lower and Upper Mississippi River, between New Orleans and St. Paul.

As part of an exclusive preview promised by Viking Chairman Torstein Hagen, past Viking guests have been able to book the new Mississippi River cruises since March 30, 2020 and some departure dates are already nearly or completely sold out. As of today, all inaugural sailings of Viking Mississippi‘s 2022-2023 season are now available to the public for booking.

“At a time where many of us are at home, looking for inspiration to travel in the future, I am pleased to introduce a new, modern way to explore this great river. We invented the concept of modern river cruising when we got our start 23 years ago—first on the rivers of Russia and then in Europe. Since then, many people have come to appreciate the unique exploration that comes with river cruising—but currently there are very few options to do so on American rivers.”

“Our guests are curious travelers, and they continue to tell us that the Mississippi is the river they most want to sail with us. The Mississippi River is closer to home for many of our guests, and no other waterway has played such an important role in America’s history, commerce and culture.”

The highly anticipated announcement of Viking’s arrival on the Mississippi is the most recent milestone as the company continues to expand its fleet and destination-focused travel offerings.

Hosting 386 guests in 193 all outside staterooms, the new state-of-the-art Viking Mississippi is inspired by Viking’s award-winning river and ocean ships and will feature clean Scandinavian design, as well as public spaces that are familiar to guests but that have been reimagined for Mississippi River voyages.

Purpose-built for the Mississippi and currently under construction in Louisiana, the five-deck ship’s cutting-edge design, expansive windows and comfortable amenities will make it the largest and most modern cruise ship in the region. 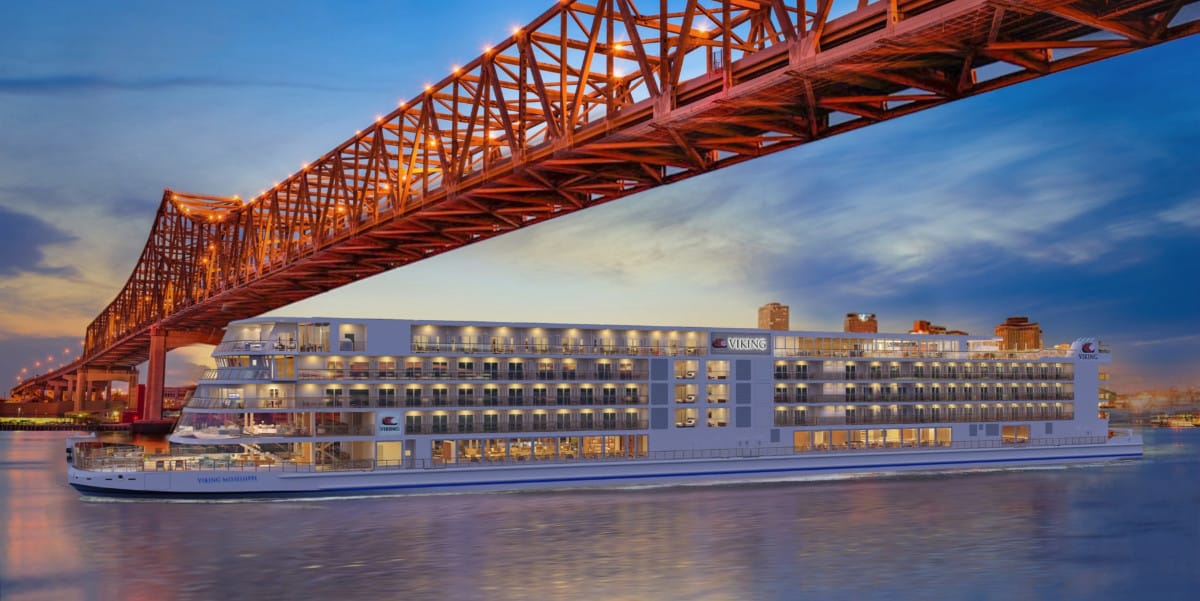