The Biggest Cruise News From April 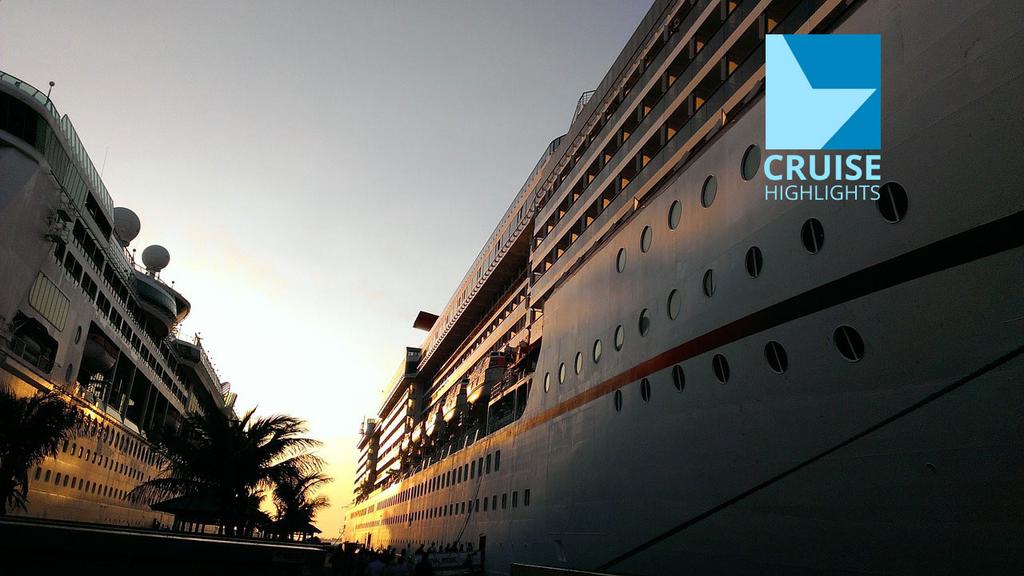 April has been a month full of cruise news and we’re here to help you keep track of it all. We’ve put together some highlights from the past month which we think you’ll find interesting or is important news in the cruise industry. So let’s get to it.

This was terrible news to start the month of April. This news story became one of the most popular of April mainly due to the opinions following the tragic accident. 2 passengers were visiting the island of Cozumel located on Mexico’s east coast on April 2. The couple was from the Carnival Liberty which was making a port of call for the day. The 2 passengers were apparently husband and wife and were riding a black Honda moped along one of the main roads.This does bring up the question regarding moped/scooter safety at port. Read More

MSC Cruises New World Class Ships Could Look Like This

MSC Cruises announced huge news, the cruise line had entered an agreement with STX France to build up to 4 new class cruise ships at over 200,000 gross tons. When we get some new ship news for the first time it can be exciting but not as exciting as getting our eyes on the very first shiny new renderings. In this case MSC Cruises did not release any renderings, so as a result cruise enthusiast have been investigating into possible designs. Read More

Woman Leaves Kids Onboard After Missing The Cruise Ship

This was huge news towards the end of April and after Cruise Hive was the first site to report on the video it went viral with news outlets around the world posting the video. In fact when Cruise Hive first reported about the woman leaving her kids onboard the video on YouTube had only received 17 views! Now with over 800,000 thousands views this woman is probably wishing she never left her kids on the NCL ship. Read More

Carnival Cruise Line has announced “Cozumel Plus”, a new program to give guests more time in Cozumel, Mexico. Carnival is offering the new “Cozumel Plus” program on more than 750 itineraries. 17 different vessels will be letting guests expand their experiences with longer tours. These new excursions are in addition to 50 existing tours already available for Carnival guests. Read More

Ovation of the Seas Arrives At Southampton, UK For First Time

Royal Caribbean’s newest addition to the fleet arrived at Southampton, UK for the very first time on April 10, 2016. Ovation of the Seas began arriving into Southampton before 2pm and was docked in the port within the hour. The new ship arrived under strong winds but nothing the third Quantum class ship can’t handle. During the inaugural call at Southampton Mamma and Baby Panda were installed. Read More

A crew member who has been working for Carnival Cruise Line since 2006 and started off as a Galley Steward was taken off the Carnival ship in Nassau, Bahamas after a medical emergency. The entire cruise world including all crew members were shocked about this sad news. He sadly died in Hospital days later, I Gede Agus Suastira from Indonesia RIP. Read More

Senior Cruise Director and Brand Ambassador for Carnival Cruise Lines released a ton of photos and video from onboard the Carnival Vista. John Heald was aboard the new class ship at the Fincantieri shipyard in Trieste, Italy. During John Heald’s visit to the upcoming vessel we got an update on how the ship was coming along. In Johns words, “Italy is the most gorgeous country in the world with some of the most wonderful people whose talents are building your Carnival Vista and I cant wait to show you more” indeed he did shows us more including the IMAX Theater, the stunning Atrium and even a first real look inside one of the Havana Cabins! Read More

Cruise Hive would like to say a big thank you to everyone who has read any of our articles. For next month we’ll continue to improve and keep you updated with unbiased cruise news. :)