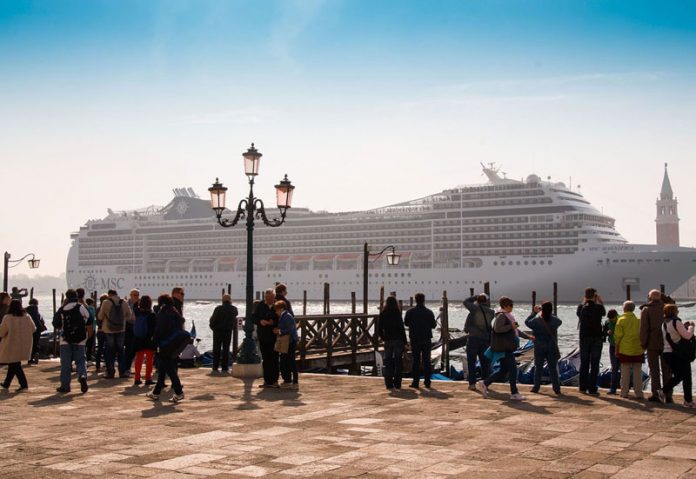 The Italian government has decided to ban big cruise ships from sailing through the Venice lagoon and docking.

The Government of Italy has decided to ban big cruise ships from docking in Venice and sailing on the precious canals along the famous St. Marks Square. The new ban will apply to cruise ships at 100,000 gross tons and over.

The decision comes after anti large cruise ship campaigns from local residents reached desperate measures. In September activists chained themselves to a large cruise ship while it was calling in Venice. The same group which is known as “The Grand Navi Committee” also attempted to block the large vessels from entering the port just days later.

It has been long argued that the larges cruise ships are damaging the water beds which the historic city is located on. Authorities originally banned ships at over 96,000 gross tons in 2013 but that ban was later lifted and large ships continued to sail in Venice.

For this new ban, the larger cruise ship will have to dock at the nearby Marghera yard which is further away from Venice. Cruise passengers would have to use transport to the city and will not be able to enjoy the stunning arrival views of Venice while entering the port.

It isn’t known when the new ban will begin but time will likely be needed for cruise lines and ports to prepare.