Star Cruises is bringing all the fun and festivity of the legendary Oktoberfest to Asia with “Bierfest at Sea” during voyages out of Hong Kong from October 1 to November 12. Enjoy Bavaria’s world famous beer festival on board SuperStar Virgo, complete with live German music and dancing, boisterous games and contests, authentic German cuisine and, most importantly, a selection of ice-cold German beers to help put you in a festive mood.

This year, the “Bierfest at Sea” celebrations extend from the outdoor deck at Taverna bar to the Galaxy of Stars theatre, where guests can sing and dance the night away accompanied by a traditional German accordionist and dancer. Sing along to the popular Viennese ballad ‘Ach, Du Lieber Augustin’ and step onto the dance floor to learn the hilarious ‘Bird Dance’!

Indulge in authentic German cuisine during German Buffet Party Nights at Aces Club at only HK$158! Savour hearty and traditional delicacies including sizzling bratwurst and bockwurst sausages, beef stew and Wiener schnitzel, topped off with authentic desserts including Black Forest cake, apple cake and cheesecake. Complimentary German beers such as Erdinger Weiss and Dunkel wheat beers will keep your spirits high and the good times rolling – with a commemorative beer stein to take home as a souvenir.

Fun-filled drinking games and a range of German beers are all part of the festive fun. Take the chug challenge in Speed Drinking Contests with special prizes for winners in various categories or try your hand at Beer Pong and test your pub prowess!

Celebrate the spookiest night of the year with a freaky and fun Halloween Party highlighting our one-night voyage on October 31! Dress up in your Halloween finery and join the merriment with our very own SuperStar Virgo crew in full make-up and costumes, challenge yourself with skill-testing games, imbibe scary cocktails all, trick or treat for kids, face painting and funny masks for all passengers who join the crazy party night with us!

Shooting to fame by reaching the finals of Britain’s Got Talent and Germany’s Das Supertalent, Light Balance is a hi-tech neon-LED stage show from the Ukraine blending acrobatics, eye-popping visual effects and astonishing choreography set against the irresistible beat of electronic dance music. Light Balance premiered their electric moves on SuperStar Virgo in September and wowed audiences with performances that need to be seen to be believed!

For an even more memorable ‘Bierfest at Sea’ celebration on board SuperStar Virgo, special discounts are also available for cocktails, beers and wines. The SuperStar Virgo is a 74,300 gross ton cruise ship and has a passenger capacity of almost 2,000. 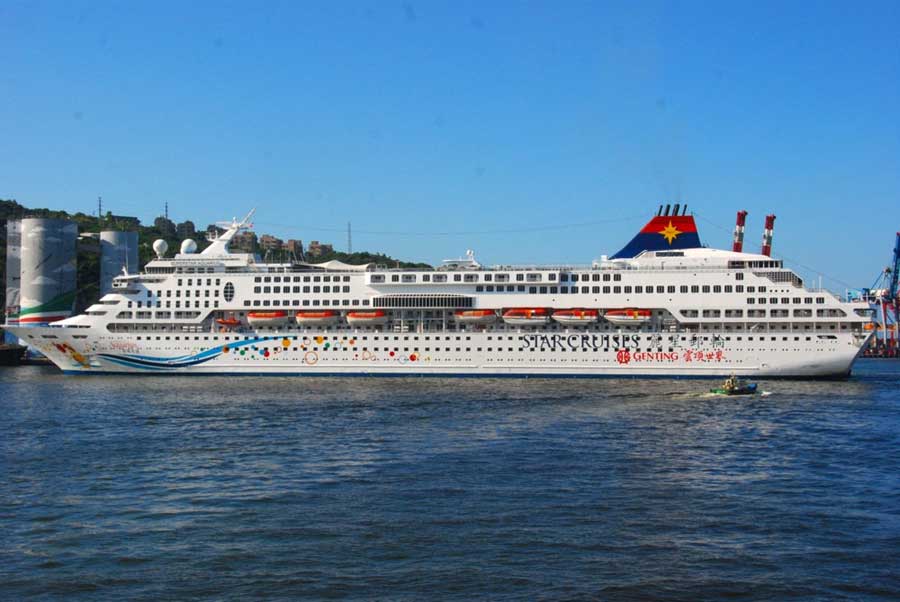