The world’s first battery-powered cruise ship has made history by sailing further south any other ship in the fleet.

Hurtigruten has announced a history-making event: The world’s first hybrid electric-powered expedition ship, Hurtigruten’s own MS Roald Amundsen, has traveled the furthest south of any company ship in the expedition cruise line’s 127 years of business.

“Our guests are thrilled! This is what Hurtigruten’s expedition cruises are all about, pushing new frontiers and creating unique experiences for guests from all over the world. We are following in the footsteps of polar hero Roald Amundsen himself, aboard his namesake ship.”

Nearly finished with her 18-day cruise that visits the Chilean Fjords and the Falkland Islands, as well as Antarctica, MS Roald Amundsen will complete one more cruise in the region before journeying up through South and Central America, and ultimately spending the summer in Alaska.

MS Roald Amundsen is the world’s first hybrid electric-powered expedition cruise ship, equipped with large battery packs that significantly reduce emissions, as well as a specially designed ice-strengthened hull, which allows her to operate in areas other ships cannot reach. Her sister ship, MS Fridtjof Nansen, will also run on a hybrid electric-powered propulsion system, and will embark on her maiden voyage this spring.

Also Read: Electric-Powered Cruise Ship is First to be Named in Antarctica 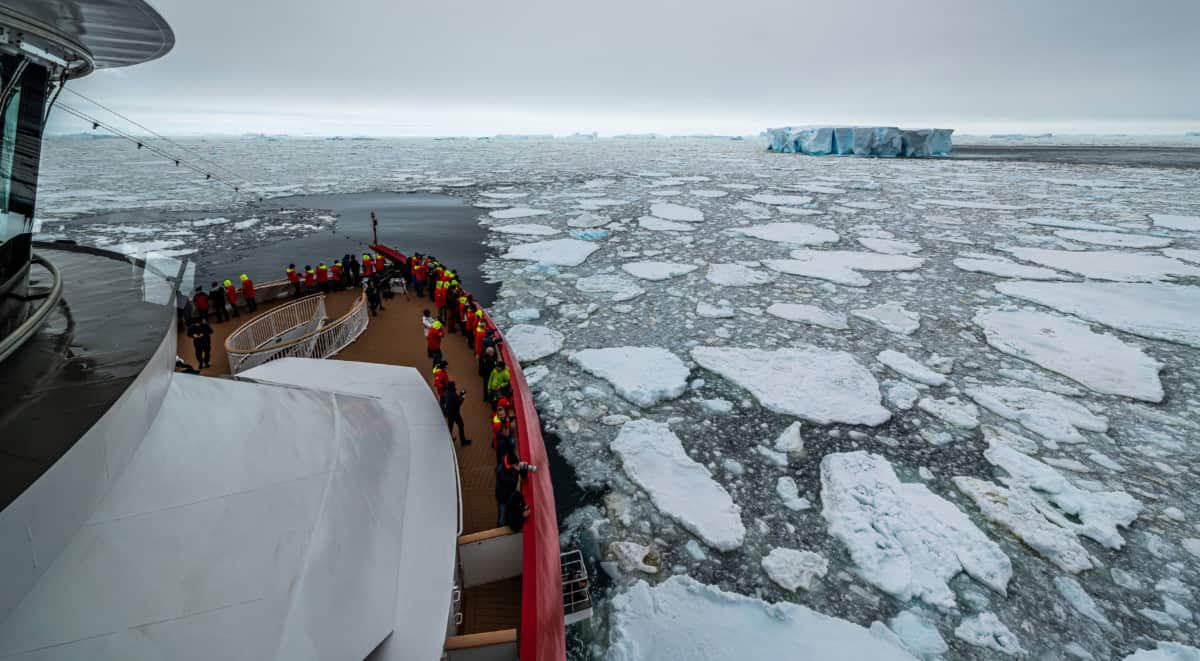