More Bad News For Crown Princess With Norovirus Outbreak Onboard

Cruise Hive is now reporting on the Crown Princess for the second time this week with the CDC revealing that the cruise ship had a Norovirus outbreak. On the same voyage the ship was diverted with a medical emergency that delayed its arrival back to port.

According to the Centers for Disease Control (CDC) The Crown Princess had an outbreak of the gastrointestinal illness which is usually known as Norovirus. The outbreak occurred on the ships recent sailing from October 18th to November 16th. 158 passengers became ill along with 14 crew members.

In response to the outbreak the ship’s crew increased cleaning and sanitation. Extra cleaning will also probably be done which is normal for this type of virus. Even though the virus isn’t life threatening it can still cause severe vomiting, diarrhea and for many passengers like on Crown Princess ruins the holiday.

On November 16th when the vessel arrives at San Pedro, California extra cleaning will be done ready for the next scheduled voyage. in addition to that a CDC Vessel Sanitation Program environmental health officer will board the ship to investigate the outbreak further along with taking samples for testing.

Most cruise lines do offer sanitation hand wash around the ship as normal but it still can’t prevent an outbreak of the Norovirus. Cruise ships carry thousands of people in a closed environment so it’s very easy to spread. Crew members usually spend extra shifts making sure their departments are as clean as possible at the end of each cruise.

On the same cruise the ship had a medical emergency and a crew member who was ill had to be transferred to the nearest island. As a result of that the ship’s arrival was delayed by 1 day to the 16th November. This is extra bad news for passengers on the next voyage who have been delayed by 1 day and will board after the vessel has just had a Norovirus outbreak. 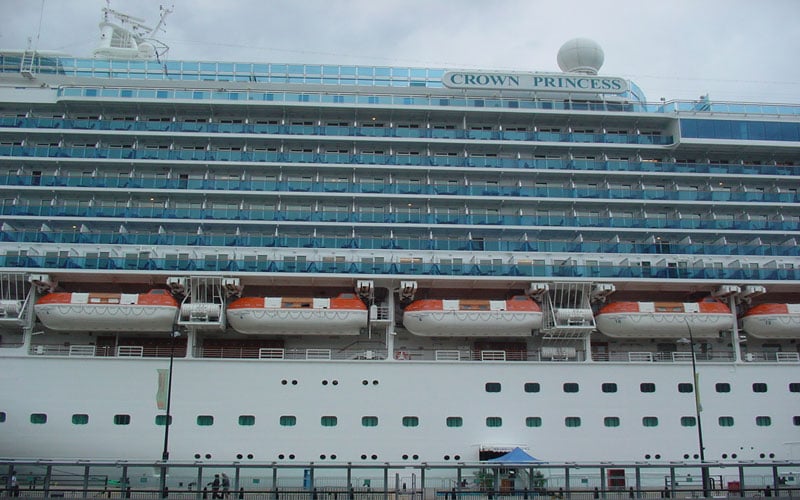