Anthem of the Seas Damaged After Fire Outbreak

Anthem of the Seas which is currently being constructed at the Meyer Werft shipyard in Papenburg, Germany has been damaged after a fire outbreak.

A fire had broken out on deck 3 according to Cruise Critic. The site also reports that the fire could have caused damage worth approximately $68,000.

The production area was immediately evacuated and the fire was controlled and extinguished by on site and regional fire services.

A statement from Royal Caribbean two people at the shipyard were injured by the smoke. They were taken to a local Hospital in Papenburg.

Meyer Werft and Royal Caribbean have yet to reveal the cause of the outbreak and could possible be waiting for an investigation. We don’t yet know if this will delay the launch of the 158,000 ton Quantum class cruise ship. The ship is expected to launch in April 2015 but now this could be delayed.

Cruise Hive will keep you informed as this is still a developing story. 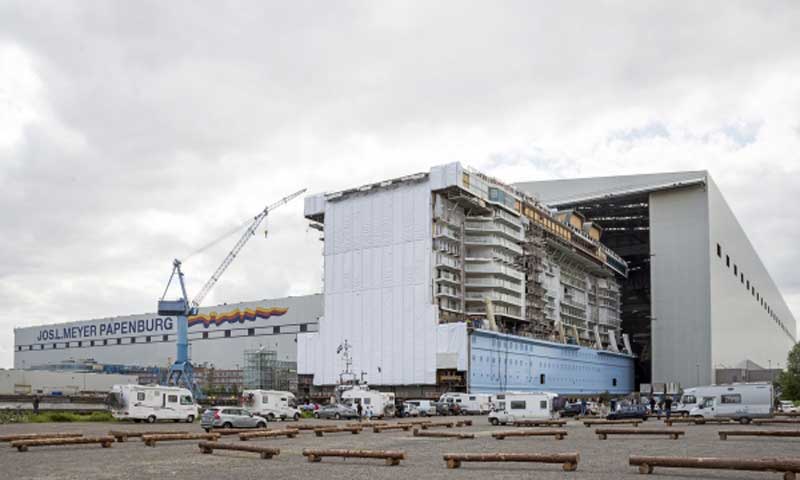