The Answer Is Yes, A Wave Can Sweep You Off The Ship

In this video from Humans At Sea, two seafarers can be seen heading out on the open deck. We’re pretty sure they went out to take a look at the stormy sea conditions. What they should not have done is gone all the way to the edge of the deck because moments later a large wave swept them overboard.

It also takes intelligence to not get swept away to sea. In bad weather conditions, you should never go out on the open deck and never get near the edge. It is also best to not go climbing or sitting on any railings on the open deck.

In bad weather conditions, the cruise line will usually close off access to the outside decks. This will include notices of strong winds on the doors. Smaller vessels and other types of ships won;t always do this so crew members will be free to roam the decks just like in the video above.

Hopefully, we can learn from this video and remember not to follow the people in this video. We do not know how the two seafarers in this video ended up and if they survived. 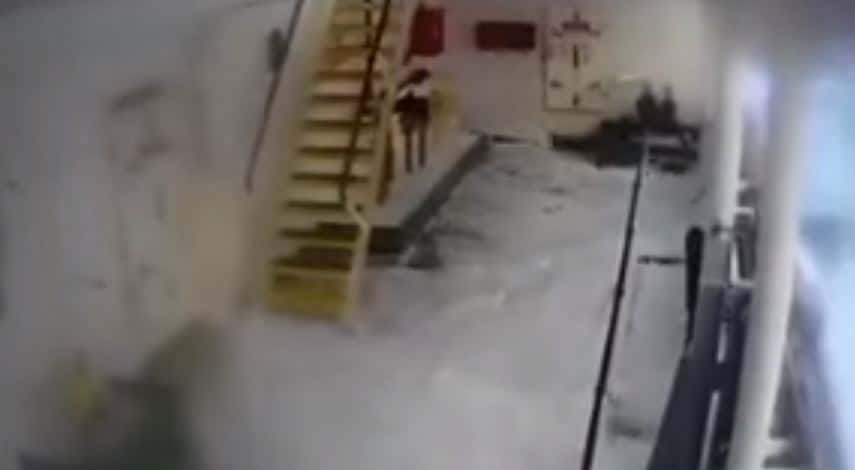