Another Large New Cruise Ship to Arrive Earlier Than Expected

The largest ever cruise ship ordered by the Carnival Corporation for its Aida Cruises brand will be arriving earlier than expected with pre-premier cruises for Aidanova starting in November 2018.

Another new cruise ship this year will be arriving sooner than first expected. Aidanova which is a Carnival-owned cruise ship for German-based Aida Cruises will offer a set of voyages before the official maiden voyage at the end of 2018. The new class vessel joins two other new ships this year which are arriving much earlier.

Right now the first fully powered LNG cruise ship is under construction at the Meyer Werft shipyard in Papenburg, Germany but the cruise line will take ownership of the new class Adianova on November 15, 2018. The cruise line is offering pre-premier cruises, a series of short sailings before officially departing on its maiden voyage on December 2, 2018, from Hamburg to the Canary Islands.

The first pre-cruise will begin the same day when Aida Cruises takes ownership. The vessel will head off on a short 4-day itinerary from the shipyard in Bremerhaven. The ship will arrive in Hamburg for the very first time on November 19. The other short sailing will depart the German port offering cruisers the first chance to experience the largest ever cruise ship built for the Carnival Corporation, the parent company of Aida Cruises.

Celebrity Edge which is the first new cruise ship in 10 years for Celebrity Cruises will also debut earlier than expected. Celebrity recently announced new preview sailings for the new class ship which will begin from November 21, 2018. A total of 5 additional cruises are being offered with the last one departing Port Everglades, Florida on December 5. After that, the ship will begin its original maiden cruises from the Florida port.

Just because Aidanova is not coming to the United States doesn’t mean it won’t have a major impact. The ship is actually the first of a new fully powered LNG (Liquified Natural Gas) class ordered by the Carnival Corporation and once in service will have the largest passenger capacity in the world and the largest for the cruise company.

Aidanova will be 180,000 gross tons and be able to carry 6,600 passengers which is more than the Oasis-class from Royal Caribbean. The ship will have 2,600 cabins and span a total of 19 decks. The ship is currently under construction at the Meyer Werft shipyard in Papenburg, Germany and you can see the latest photos of a huge block of the ship in another post not long ago. Aidanova will be completed in December 2018, keep an eye on this upcoming vessel because Carnival Cruise Line will have an identical class ship in 2020.

More details about this new LNG ship will be released throughout the year so look out for latest updates on Cruise Hive. 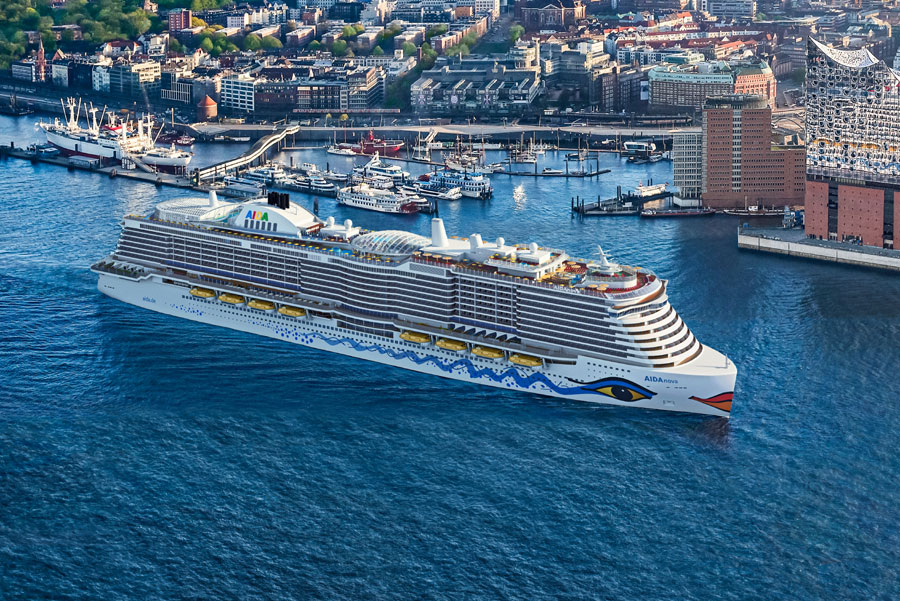