Another Huge Cruise Ship Has Arrived!

It feels like all we’re posting about these days are new cruise ships and now Costa Cruises has taken delivery of their newest cruise ship named Costa Venezia.

Costa Cruises has taken delivered of Costa Venezia at the Fincantieri Monfalcone shipyard in Italy. The ship has been purpose-built for the Chinese market and is the largest ever Costa ship that will be based in Asia.

The delivery ceremony took place yesterday and was attended by the cruise line and shipyard executives including Donald Arnold who is the president and CEO of parent company Carnival Corporation.

“Costa Venezia will help us to further develop the cruise market in China, which has a great unexplored potential. Suffice to say that, currently, 2.5 million Chinese people a year choose to go on a cruise vacation, which is less than 2% of the total number of Chinese people who travel abroad. Moreover, Costa Venezia further strengthens Costa’s bond with Italy: it is a ship built in Italy, by an Italian shipyard, which flies the Italian flag and which will make Chinese guests experience unforgettable Italian experiences. “

You may notice that Costa Venezia looks similar to the Vista-class ships of Carnival Cruise Line and that’s because she is. The new ship is the largest for Costa so far at 135,500 gross tons, 323 meters in length and a capacity for over 5,200 guests. She won’t keep the title for long as a much larger 180,000-ton Costa Smeralda will arrive later in the year.

The naming ceremony for the new vessel is taking place on March 1 in Trieste, Italy and the vernissage sailing will depart the port on March 3 with calls in Greece and Croatia. The inaugural voyage will depart Triste on March 8 for an epic 53-day itinerary which will end in Tokyo, Japan. Then from May 18, 2018, the new ship will offer cruises from Shanghai, China. 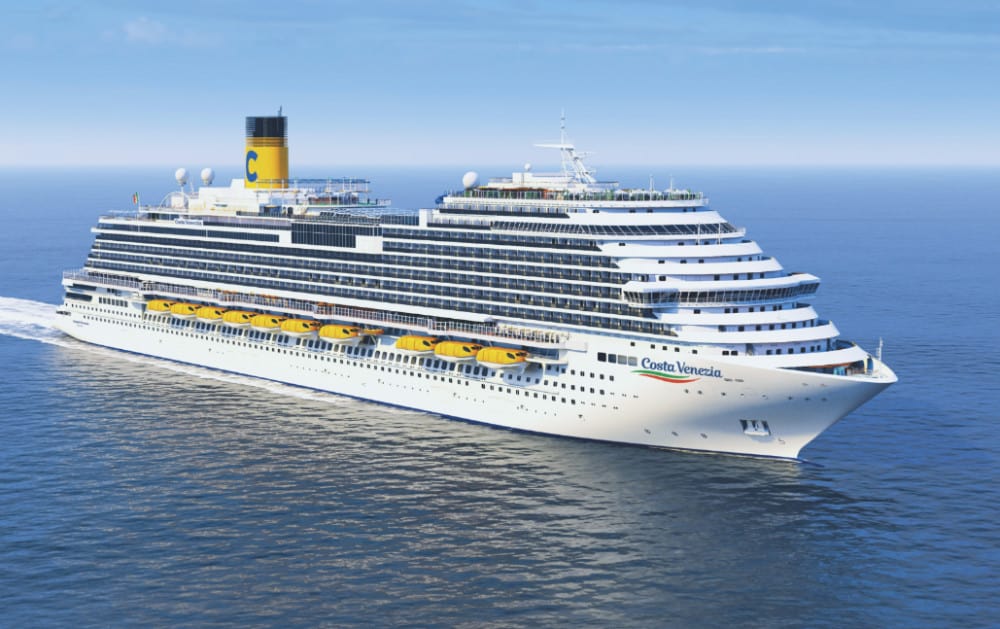