Yesterday Cruise Hive reported already that MSC Magnifica has had to suspend its operations from November 8 until December 18. In a press release, Costa Cruises announced that it would also suspend operations for its one-week cruises to Greece onboard Costa Deliziosa.

The announcement comes in the wake of the increase in travel restrictions imposed by the Greek government due to rising Covid-19 numbers.

Costa Deliziosa – which was underway for one-week cruises calling at Trieste, Katakolon, Athens, Iraklion, and Bari – will end her cruise currently underway on November 7, in Trieste. The ship will then not sail for at least seven weeks, canceling voyages on Nov 7, 14, 21, and 28 and December 5, 12, and 19.

Costa Deliziosa is scheduled to resume operations on December 26, with an all Italian itinerary of Trieste, Bari, Brindisi, and Catania.

The comprehensive health protocols developed by Costa Cruises in coordination with authorities and medical experts demonstrated that cruise travel with enhanced safety is possible. Since the restart on September 6, Costa cruises have received great feedback from guests.

Costa Cruises is informing guests booked on Costa Deliziosa’s impacted voyages, providing them with the best offers available, in line with the relevant regulations.

It has undoubtedly been a turbulent week for European Cruise operators. After numerous European countries implemented travel restrictions and increased lockdowns throughout communities, travel became nearly impossible for many citizens.

The German state of Schleswig-Holstein ordered TUI Cruises to halt cruise service from Kiel. MSC Cruises was forced to cancel voyages in the Mediterranean for MSC Magnifica, and now Costa needs to cancel voyages onboard Costa Deliziosa.

Not only that, the cruise industry narrowly escaped this week when the Italian government was on the verge of implementing a full ban on cruises in Italy. What the current trend means for cruises in Europe seems entirely unclear.

Who Is Still Sailing?

There is undoubtedly still the possibility to go on a cruise in Europe in the last months of 2020. Amongst others, here are a few in case you are looking for something to do in December.

Costa Smeralda, the second Costa ship currently in service, will continue her cruises dedicated to Italy as scheduled; she calls on Cagliari (Departure), Messina, Naples, Civitavecchia/Rome, Savona, La Spezia, and back to Cagliari.

MSC Grandiosa is scheduled to continue her current sailings into next year. The Company’s flagship will perform her current 7-night itinerary in the Western Mediterranean with embarkation in Genoa, Civitavecchia, Naples, and Palermo, Italy, and call on Valetta, Malta, until March 27, 2021. 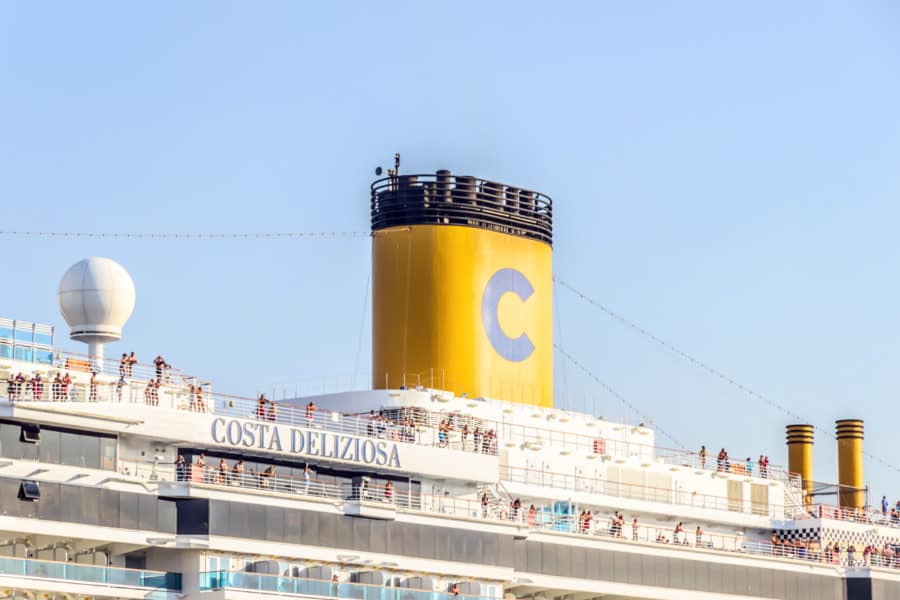