Another Cruise Ship Heads for the Aliaga Scrapyard

We’ve seen lots of ships heading the to Aliaga scrapyard in recent weeks. The sight of multiple vessels beached at Aliaga, or similar beakers in Alang, India, or Gadani, near the Pakistan port of Karachi, can be a hard thing to look at if you are a fan of cruising.

It’s a sad sight, which reminds you more of scenes in Armageddon, and is certainly not what you would expect from a ship where you might have spent countless hours of fun. Now there is one more to add to the list.

MS Astor might not be the name that many recognize as the ship they’ve spent many countless hours on; she is one of those cruise ships which boast the beautiful classical lines of cruise ships of old. Her final voyages were under the flag of the German branch of Cruise & Maritime Voyages (CMV).

According to the Cruise Ship Tracker, the vessel is now sailing her final journey to the Aliaga ship breaking facility in Turkey and is scheduled to arrive on November 26. She will likely remain off the coast for a day or so before being beached and joining other former cruise ships from other cruise lines.

The Golden Age of Cruising

In the 1980’s Cruise ships came laden with amenities and entertainment options, immortalized in the hit television series The Love Boat. Cruising was unique and something that was entirely upscale at the time. It is the same era when Astor was built, 1987, to be specific.

South African Safmarine placed the order for Astor and intended her to act as an Oceanliner between Cape Town, South Africa, and Southampton in the United Kingdom. She never made it to South Africa as the company sold the contract for the vessel to a Mauritian company, which used her as a cruise ship in the Caribbean for a few years.

After that, the ship was subsequently renamed the Fedor Dostoyevsky in 1988and renamed Astor in 1995. She served with Cruise and Maritime on and off from 2015, where she sailed for its German wing.

In 2019, Cruise & Maritime Voyages announced it would rename Astor as Jules Verne and move the ship to the French market in May 2021.  Unfortunately, CMV entered administration in 2020 due to the COVID-19 pandemic. The ship was sold at auction by CW Kellock London on 15 October 2020.

One Of The Many

Astor is certainly not the only cruise ship currently being broken unceremoniously at the Aliaga Shipyard. Carnival Corporation recently went through a drastic and much-needed rejuvenation of its fleet.

This meant that Carnival Inspiration, Imagination, and Fantasy are all being broken up at the Turkish yard. Carnival Fantasy was the namesake of the Fantasy class of ships that have been such an essential part of the growth of Carnival Corporation.

The Carnival Fantasy had just gone through a renovation and refit as recently as 2019; however, she ended up like so many other ships during the COVID-19 pandemic. On a sad-looking beach in Turkey.

So while we think back on the many memories these ships have brought us, there will soon be nothing but that. Memories. However, if you’d like to say goodbye to Astor, she is currently underway from Tilbury in the UK to the breakers in Turkey. Right now, she is just starting her crossing of the Bay of Biscaye.

The ship is over 20,700 gross tons with a guest capacity of 650 along with 300 crew members. She also has seven passenger decks. 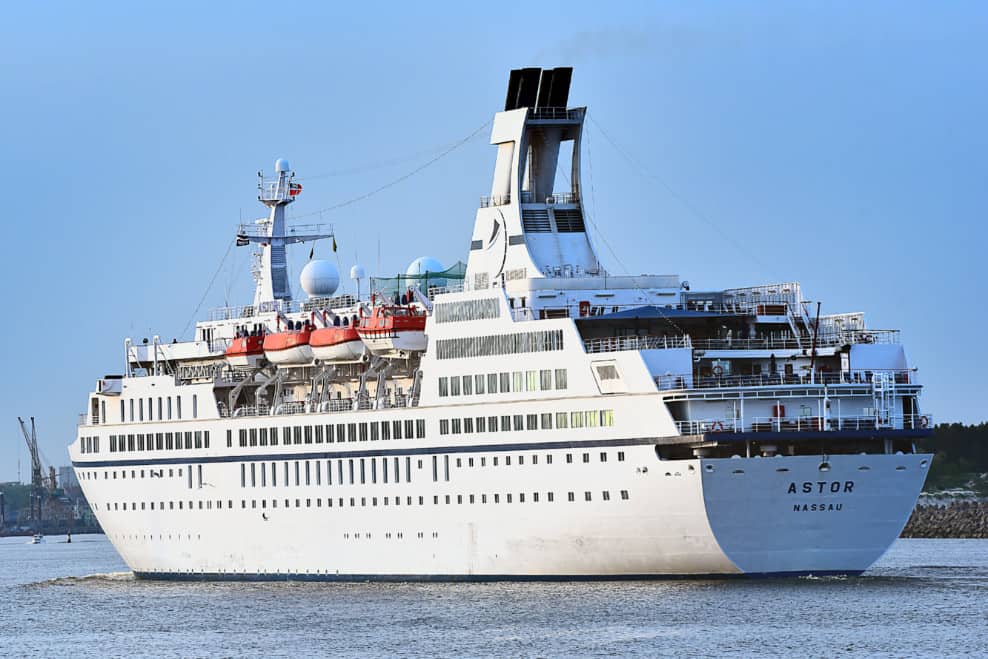