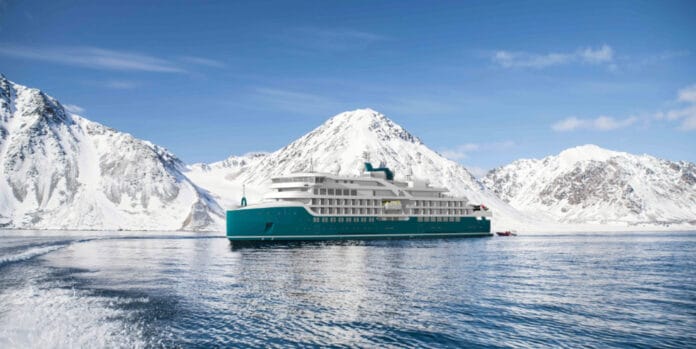 The Cyprus-based British cruise line Swan Hellenic is the next in a growing number of cruise lines that has stated it will be making vaccinations a requirement for all crew members on board.

Earlier last week, Royal Caribbean had announced the same as the first of the major cruise lines, while UK-based SAGA Cruises has announced it will require all passengers to be vaccinated.

Any vaccinations will be carried out in health centers and clinics in the crew’s home countries, which will ensure the crew is fully protected when traveling. When these vaccinations might take place is unclear as vaccination programs differ significantly worldwide.

Swan Hellenic is on track to ensure all guests and crew members are fully protected once the line sails for the first time later this year if all goes according to plan. Not only is the line planning a 100% vaccination grade for all crew members and staff onboard the vessels, but the line has also been implementing state-of-the-art health systems onboard the ships.

The company is working closely with Vikand, a company that offers public health solutions for the maritime industry. Some of the company’s measures are UV sanitized airconditioning plants, extensive training programs for the crew members, and testing regimes for crew and passengers.

“We are committed to the health and peace of mind of our guests and crews, ensuring they can relax and focus entirely on the life-enriching opportunities we offer to see what others don’t.”

Swan Hellenic will need to focus on extreme health systems onboard as it is not planning standard 7-day Caribbean cruises. The company’s maiden voyage with Minerva, the company’s first vessel, is a 16-day voyage to the Falkland Islands and Antarctica on November 27, 2021. Without any medical resources in these areas, a 100% vaccination grade makes more than sense.

Bringing A Slice Of History Back

Many cruise fans will remember Swan Hellenic fondly. The company had been in the industry for many years until the All Leisure Group’s demise meant the company went out of business.

The cruise line started in the 1950s when a British travel agent, Swan’s Tours, was asked to be the organizers of a cruise to Greece’s ancient relics. As it turned out to be a huge success, the program continued to evolve to cruises with writers, academics and clergymen invited to feature as guest lecturers.

After becoming part of the Carnival Brand under the P&O umbrella during the ’80s and ’90s, until 2007, the line ceased operations when Carnival pulled the plug.

The name and brand were subsequently bought by Lord Sterling, the former boss at P&O. After a merger with All Leisure Group and Voyages of Discovery, the brand sailed for ten years with the Minerva 2, the former R8 for Renaissance Cruises, until All Leisure went into administration in 2017.

The line is coming back with the 3rd version of the Minerva, which the Helsinki Shipyard builds in Finland. The vessel will be a small, 152-passenger, polar classed vessel designed specifically to sail in the polar regions and areas where bigger cruise lines will not come.

Also Read: How Important a Vaccine Could Be for Cruises in 2021

The line is adding two more vessels from 2022, one which has been called project Vega, which will be the same size as Minerva, while a slightly larger ship will be launched last, expected to carry 192 passengers.

With the precautions the line has been taking to make a comeback of the brand Swan Hellenic a success, we have no doubt it will indeed be a remarkable succession of a historical name in the cruise industry. And with itineraries to the far corners of the world, it certainly is an exciting option.