An Upgrade This Cruise Ship Passenger Was Not Expecting

A YouTube video which has been posted by a Holland America Line passenger has gone viral with over 1.6 million views. Nate Zemanek who posted the video wasn’t expecting this kind of upgrade.

The footage was posted yesterday and has already been viewed millions of times. It’s surprising that the video is so popular as it’s only 17 seconds long! Zemanek posted the video during his Holland America European cruise where a ship worker can be seen doing some ship maintenance outside his upgraded room. The cruise line charged Zemanek $600 for the ocean view window. Zemanek posted “The crew said they will be working during the day the entire time. Thanks for telling us when you up charged us $600 extra for the window guys.”

Watch The Video Below:

Due to the huge popularity of Zemanek’s posting Holland America became aware and contacted him just hours later. Zemanek posted “Around 9:30 last night, our room phone rang and it was the head of guest services. It was a very quick call but long story short, he said they were aware of the video and were engaged with discussions internally regarding how to handle it. I know very little else about their reaction to this.”

The good news is the cruise line is refunding the $600 which was the price for the upgrade, but sadly as the vessel is full they have been unable to relocate him to another cabin. According to Zemanek the work right outside his cabin window could continue, we do hope this doesn’t degrade his cruise experience. Zemanek is being positive about this which is nice to see.

Maintenance is needed on all cruise ships to keep the ship in good working order. From watching the video the work could be related to the lifeboat just outside if that’s so then it really is needed for safety concerns.

Why are we posting about this? It’s an insight which many cruisers might not think about for their upcoming cruise. These things happen sometimes to keep the vessel in good condition. We’re pretty sure the crew member also doesn’t want to be doing work knowing the guest will be disturbed. What would you do if this happened to you? Let us know in the comments further down below. 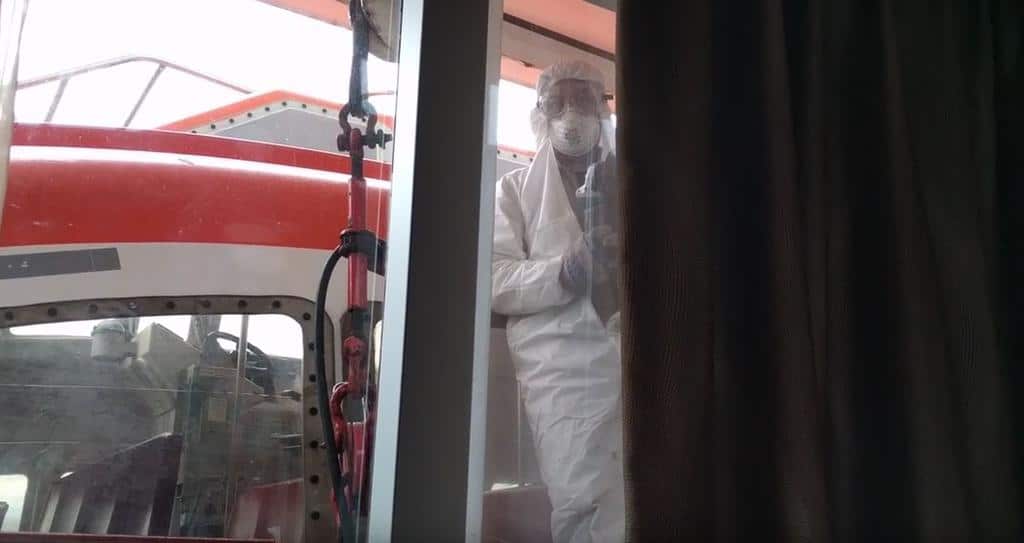