The SS United States which is rusting away at a pier in Philadelphia has been given an extension for new hope.

The iconic United States cruise ship which is currently rusting away at a pier in Philadelphia has been given a last gasp of hope. An extension has been given thanks to a generous donation of $150,000 on the eve of the ships conclusion. The contribution was given to the Conservancy so that they can keep looking for a better outlook for the SS United States.

“This donation gives us more time to raise additional resources for the ship’s expenses as we continue to negotiate with prospective developers and secure a permanent location for the vessel.”

“Jim Pollin’s passion for the SS United States is inspiring and extraordinary. He is a hero to all those who care about saving our nation’s heritage.”

The Conservancy had set a goal of raising $500,000 to keep the ship afloat back in May. To date, the “We are the United States” campaign has raised nearly $200,000. The organization’s board of directors was scheduled to vote this week on whether to recycle or reef the historic ship.The 111th-hour contribution will keep efforts going though mid-September.

“We hope that this generous donation inspires others to contribute and help us secure a bright future for the SS United States. Sixty-five years ago this month the ship returned to New York after her record-breaking maiden voyage, and she became a national heroine. That America’s Flagship remains afloat today is a remarkable testament to the ship’s resilience and historical importance.”

The Conservancy, which saved the ship from certain destruction in 2011, is actively courting developers and investors to revitalize the vessel as a stationary, mixed-use, landmark destination. The organization is in a race against time to raise the funds to cover the ship’s ongoing monthly carrying costs at its current pier in Philadelphia. The Conservancy is also committed to the long-term effort of locating, preserving and showcasing thousands of original artifacts, as well as archival documentation, from America’s Flagship.

Back in February 2016 Crystal Cruises showed interest in saving the SS United States and even came up with a rendering of how it would look. Sadly after a technical feasibility study at the end of 2016 it wasn’t possible. The ship was launched in 1952 and ended service in 1969. 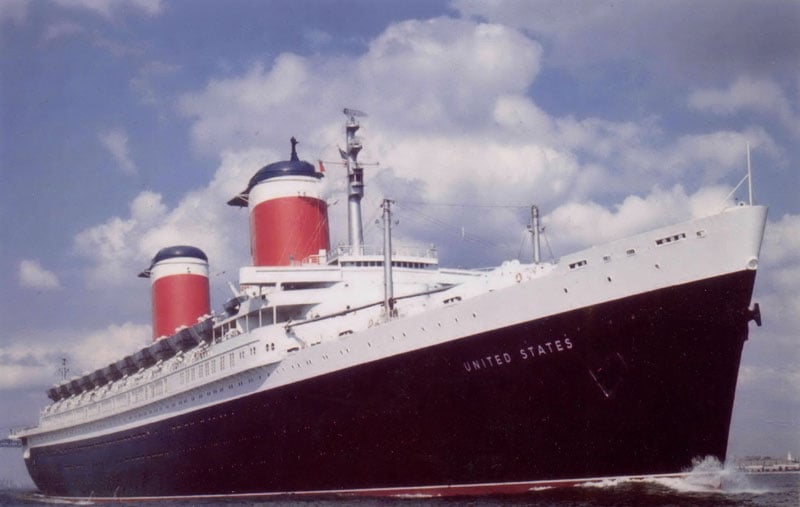