All Three Cunard Cruise Ships To Meet Up For Anniversary

The celebrations will start on the 24th May when the Queen Mary 2 will arrive at the Liverpool cruise terminal and will stay overnight at the historic port. On the morning of the 25th May Queen Mary’s sister ships Queen Elizabeth and Queen Victoria will arrive at the port. This will make the event a magical moment which has never been done before in Liverpool.

When the three ships are together at the port they will be very close to Cunard Lines old headquarters known as the Cunard Building which is on the pier head. The British cruise line operated from there from 1917 to 1967.

The next event will be when the Queen Mary 2 set sail from Liverpool on 4th July 2015. The ship will copy the first original transatlantic crossing of Cunard’s Britannia of 1840 which was also on the 4th of July. Queen Mary 2 will sail to Halifax and Boston in the US.

Who would like to go to Liverpool then? There will sure be thousands of people to watch the historic event of the three ships together and will also make a great photo! Let us know what you think in the comments below. 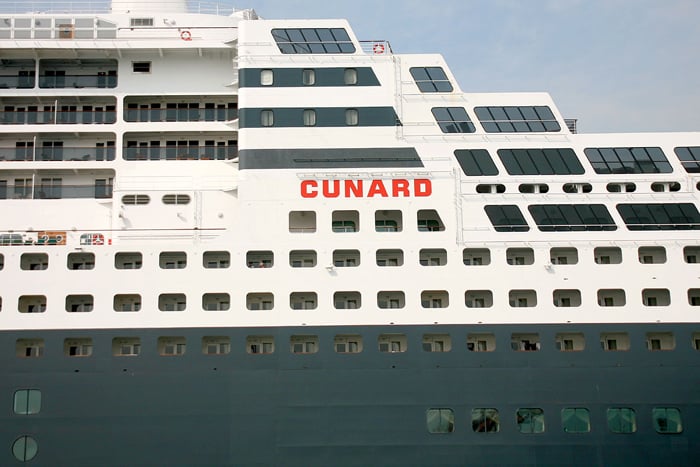