All P&O Cruise Ships To Have Brand New Look

P&O Cruises are to change the outside look of all of its ships in the fleet. This will be one of the most impacting changes ever for the cruise line and shows a real patriotic look to UK cruisers.

One of the most impacting changes is the Union Jack flag which will be on the hull of each ship! It shows that the ship is British just like what British Airways does with all of its planes. The Union Jack (British Flag) will be huge and will be noticed by anyone looking at the ships. On the cruise lines upcoming ship Britannia the flag is to be 94 meters long and will be longest Union Jack flag in the world.

Watch the video below posted by P&O Cruises with a brief explanation about the changes:

The funnels will also be changed from the current golden-yellow to a navy blue. There will be the rising sun on the funnel too which is already in the current P&O logo but what makes this even better is that the sun will light up which could make P&O funnels  one of the best looking in the industry. This takes P&O Cruises back to the past which depicts the Oriental part of the Peninsular and Oriental name according to the P&O site.

P&O Cruises upcoming cruise ship the Britannia will be included in the new changes and even the ships own name logo has a British style to it. This will be a great new addition the UK market and is the largest ever built dedicated to cruising for UK cruisers. All the ships in the fleet will begin getting the new changes towards the end of 2014 but for sure Britannia will be the one everyone os looking forward to. Let us know what you think of the P&O changes in the comments below. 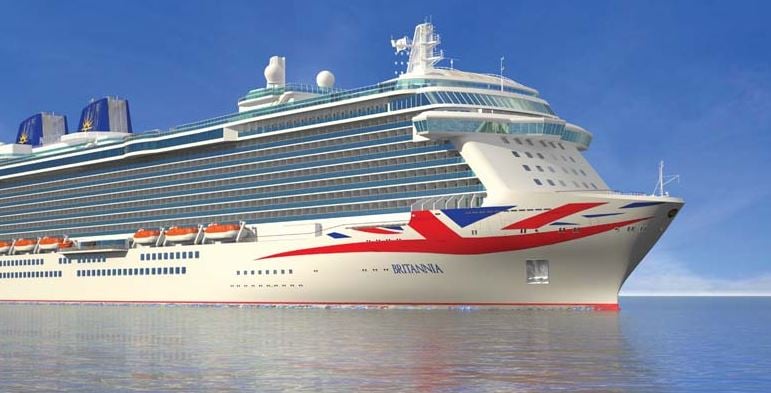