One of the biggest highlights of the 2015 cruise industry is the huge event on Liverpool’s River Mersey on May 25th.

For this historic event Cunard Line’s three cruise ships will meet on the Mersey for the British lines 175th anniversary.Cunard’s current fleet will become the largest ships ever to sail in formation on the Mersey when all three Queens perform a meticulously planned series of manoeuvres at its spiritual home, where the company began in 1840.

The ships will perform a ‘river dance’ against the backdrop of Liverpool’s Three Graces, a world heritage site which includes the Cunard Building, the company’s headquarters from 1916-1967. Hundreds of thousands of spectators are expected to gather on both sides of the river to watch.

The cruise line will be streaming the event live starting from 12:30 – 2 PM on May 25th. Cruise Hive readers will also be able to watch live on the video above and if you miss it then you can watch a repeat right on this page too. 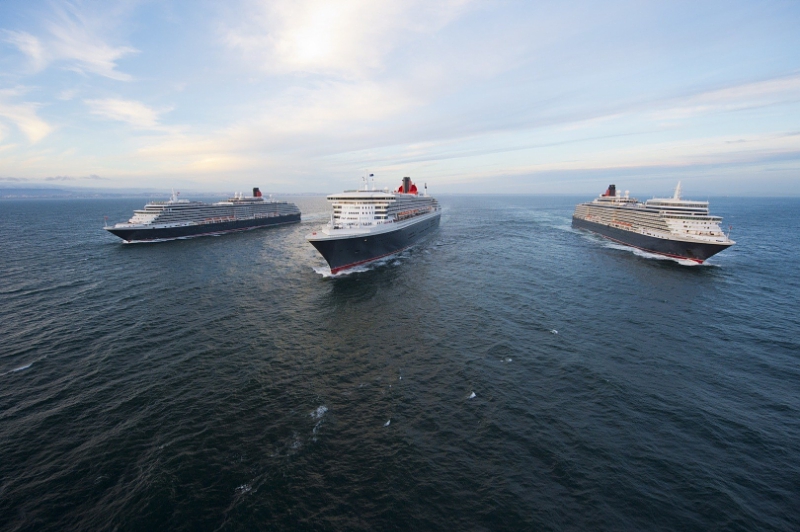