Aidaprima Delivered and Sails From Japan

German based Aida Cruises has finally taken delivery of their largest and most advanced cruise ship to date. On Monday a ceremony was held as Mitsubishi Heavy Industries handed over the ship at the Nagasaki shipyard in Japan.

“AIDAprima is the first ship of an entirely new AIDA product family. With creativity and great innovativeness, our team has managed to implement our high standards in terms of product quality and environmental friendliness in an exemplary and impressive way. We are extremely pleased with the successful design of the ship, and look forward to welcoming guests aboard her, who are going to be equally impressed”

Watch below as AidaPrima departs Japan for its new homeport in Germany not long after the ceremony at the shipyard on March 14:

The ceremony was attended by keep executives from the cruise line and shipyard. The hand over is a major construction milestone and passes the ships responsibility to the cruise line for service.

The 124,500 gross ton AIDAprima, will be christened by Emma Schweiger on May 7, 2016, in front of an audience of millions as the climax of the 827th HAMBURG PORT ANNIVERSARY.

From April 30, 2016, Hamburg will be the home port for seven-day round trips to Western Europe’s most beautiful metropolises such as London, Paris, Brussels, and Amsterdam.

Before the first metropolis cruises get officially underway, AIDA Cruises is offering an additional 4-day short cruise from Hamburg to Southampton/London and back from April 25 to 29, 2016. This exclusive cruise can be booked from EUR 499 p.p. in an interior stateroom (AIDA PREMIUM rate incl. EUR 50 Early Saver discount). 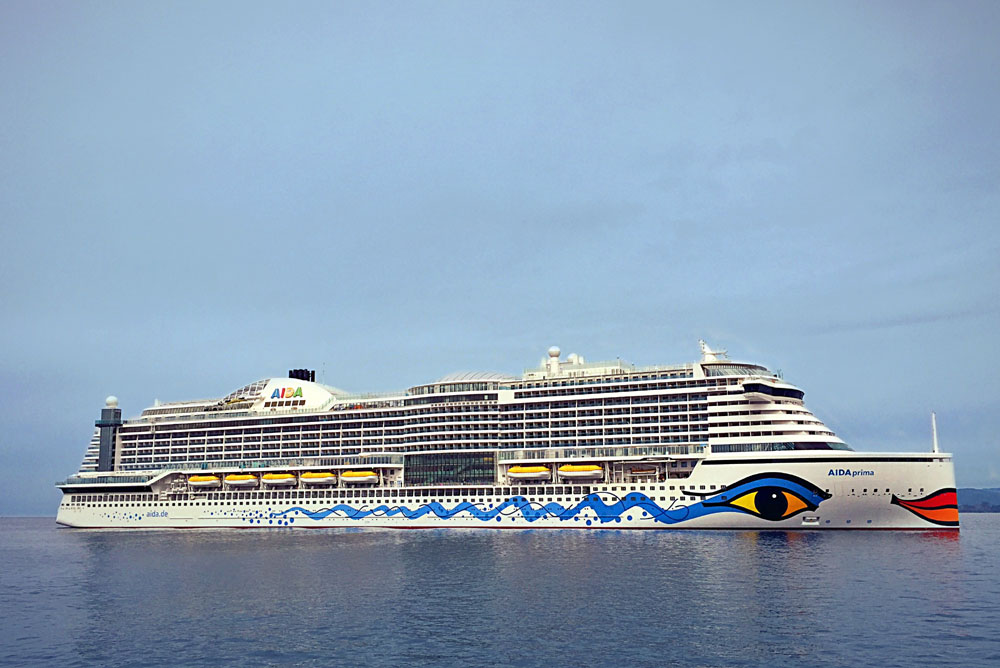