Aidaperla To Sail The Mediterranean In 2017

The second new generation class cruise ship for Aida Cruises will be sailing the Mediterranean in 2017. The ship which is now known as Aidaperla will be the sister ship to Aidaprima and the second built by Mitsubishi Heavy Industries (MHI) in the Nagasaki shipyard.

The Aidaperla will sail from the Spanish island of Mallorca on 7-day cruises from the capital Palma. The large ship will depart every Saturday calling at Corsica, Rome, Florence and Barcelona. Guests will also be able to begin their cruise from Barcelona Spain. The ship will mainly cater towards the German market and will become the flagship of the German based Aida Cruises.

At the moment the Aidaperla is currently under construction in Japan but once complete it will be 125,000 gross tons making it the largest ever cruise ship along with sister ship Aidaprima. Not much else is known about the upcoming vessel but we can expect similar onboard features to Aidaprima which will be entering service this May. After months of delays the Adiaprima will finally be christened in Hamburg May 7. 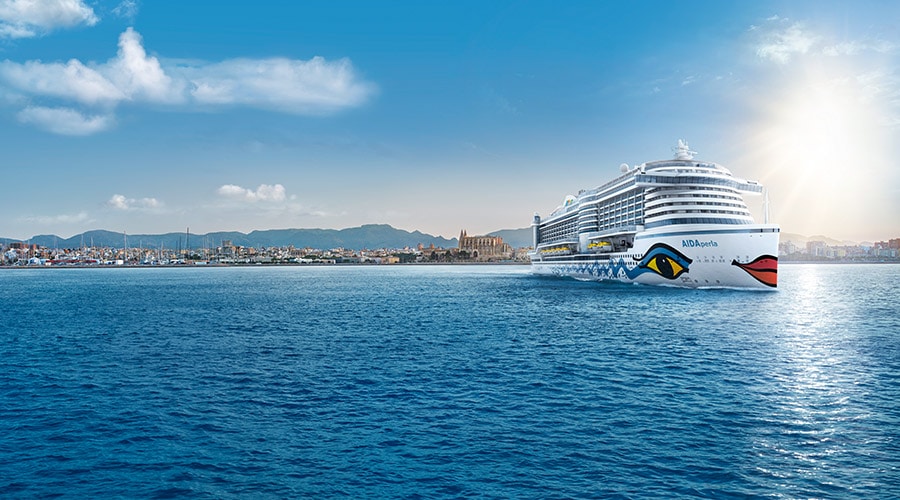