Adventure of the Seas Has Propulsion Problem With Current Sailing Effected

Royal Caribbean have conformed that the Adventure of the Seas has had an issue with its propulsion which has effected the ships current voyage.

There has been a loss of oil from the propulsion pod according to the cruise line. Ships engineers won’t be able to permanently fix the oil leak until Adventure of the Seas goes into drydock on March 30th 2014. The leakage was found while the large vessel was arriving into the Caribbean port of St Kitts and as a result the ships departure from the port was delayed until 3 am.

The propulsion affects the speed of the ship so the cruise line has cancelled its scheduled call at Aruba on March 20th and its stop at Curacao on March 21st. The new itinerary will be a stop at Antigua on March 19th, St Maarten on March 20th where it will have an overnight and then St Croix on Saturday March 22nd.

The good news is that the upcoming drydock couldnt be at a better time which will also bring new features for guests to enjoy once the upgrade is completed. 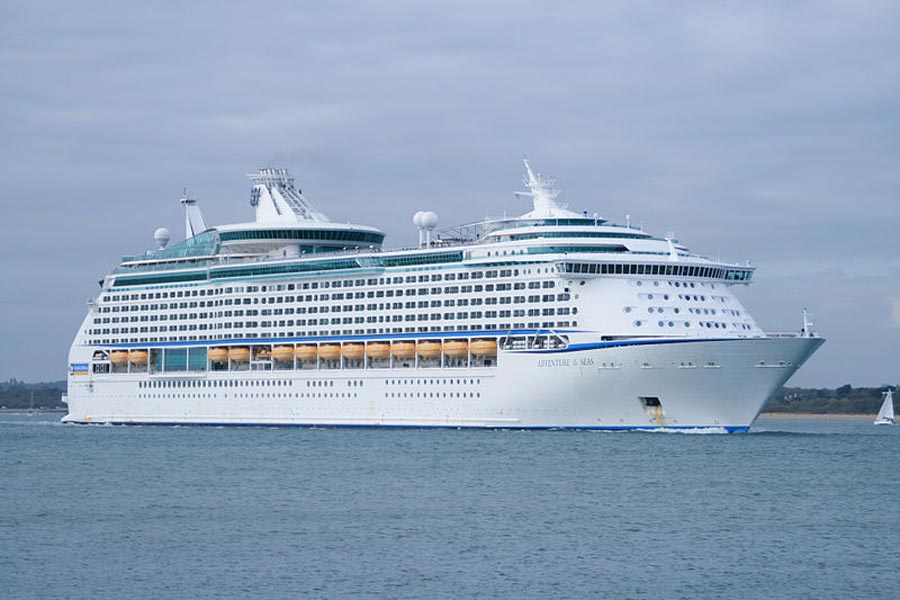