Additional Reservations Open for Carnival’s Most Anticipated Cruise Ship Ever

Carnival Cruise Line has opened up additional reservations from Port Canaveral for Mardi Gras, the most anticipated Carnival cruise ship ever.

Momentum builds once again as Carnival Cruise Line opens up additional sailings for Mardi Gras which is the largest and most anticipated cruise ship ever for the cruise line. Bookings can now be made for the new mega-ship which will be based from the new Port Canaveral, Florida cruise terminal starting from October 2020.

The additional sailings will run through April 2022 and there are more than 80 different opportunities to enjoy the new generation cruise ship. Once the ship kicks off her service from Port Canaveral on October 24, 2020, cruisers can enjoy week-long itineraries to the Caribbean.

The ship will also be offering some special sailings from Florida with two eight-day voyages. The first of these will depart on October 16, 2020, and the second on December 18, 2021. They will include visits to Grand Turk, Amber Cove, San Juan, and St. Thomas. Another special sailing will depart on January 2, 2022, on a six-day cruise with calls at Nassau, Amber Cove, and Grand Turk.

These options from Port Canaveral, Florida will begin once the mighty Carnival Mardi Gras has completed her first set of inaugural cruises. She will depart on her maiden voyage from Copenhagen on August 31, 2020, and the nine-day voyage will end in Southampton, UK. The ship will also sail two cruises from New York including a 15-day repositioning cruise to Port Canaveral.

Mardi Gras will be 180,000 gross tons once construction has been completed at the Meyer Turku shipyard in Finland. She will feature the first roller coaster at sea, a new secluded retreat, innovative new staterooms and brand new experiences for cruisers to enjoy across her six different themed zones. 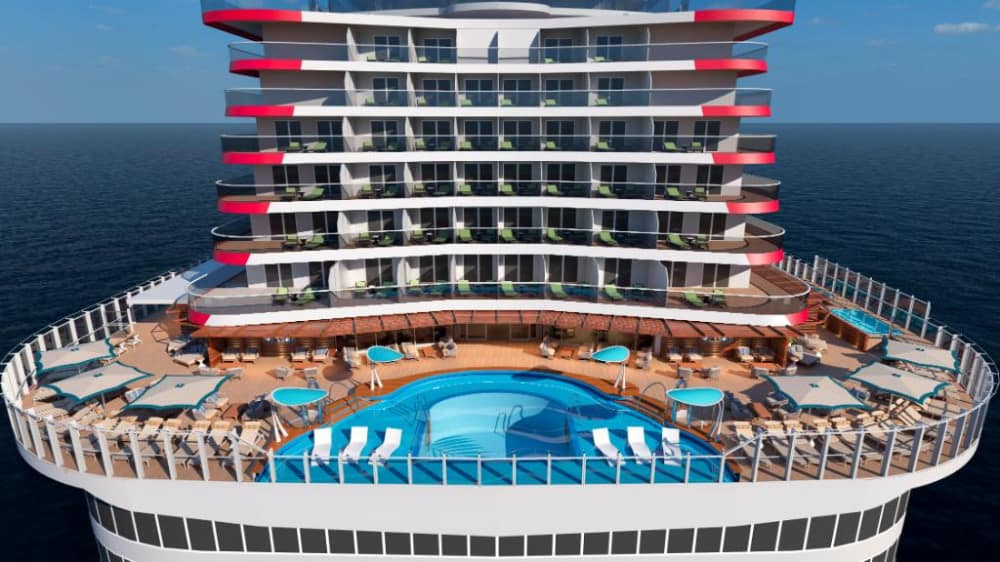