Carnival-owned Costa Cruises has celebrated a major milestone for its largest-ever cruise ship named Costa Smeralda. The ship has now started to come together as construction begins on the hull.

Costa Cruises which is a Carnival cruise brand has celebrated the keel coin event for Costa Smeralda. The ceremony was held at the Meyer shipyard in Turku, Finland which is where the huge mega ship is being built.

Even though the steel and small parts of the future vessel had already started this will be the first major block which makes up a section of the ship. Many more blocks will come together and be added through the construction process.

The traditional ceremony at the shipyard included the laying of some commemorative coins along the keel block. These coins will bring good luck to the ship.

“We celebrate this symbolic moment for our new ship with great enthusiasm. With LNG a breakthrough in fuel technology, Costa Smeralda represents a major innovation for the international market and an important step toward setting new standards for the entire sector. Costa Group is the market leader in Europe and Asia, and we continue to make sustainable tourism a key part of our industry leadership. Our strategy of ongoing innovation and continuous improvement will provide a significant boost to the development of LNG as an alternative fuel technology in the cruise industry.”

About the Cruise Ship

Costa Smeralda will become the largest ever ship in the fleet among the top 10 biggest in the world. It will be a fully powered Liquefied Natural Gas (LNG) ship at 180,000 gross tons and offering over 2,600 rooms for guests. The Costa cruise ship will enter service in October 2019 but before that, the Meyer Turku shipyard will be busy making sure she’s completed in perfect shape.

There are many things to look forward to once completed and one of the first major things will be Costa Smeralda 15-day debut voyage departing Hamburg on October 20, 2019, and ending in Savona.

It’s worth looking at all of these Costa Cruises items from Amazon right here.

The first ship in her class within the fleet will be christened in Savona on November 3, 2019. The day after she will depart on her first official inaugural cruise including calls in Barcelona, Marseilles, and Civitavecchia (Rome). The Carnival Corp-owned cruise ship will be based in Western Mediterranean until April 2020, offering one-week cruises including Savona, Marseille, Barcelona, Palma de Mallorca, Civitavecchia and La Spezia.

Another sister LNG ship will arrive in 2021 and also be built at the Meyer Turku yard. More cruise ships of the identical class have also been ordered for sister cruise brands including Aida Cruises, P&O Cruises, and Carnival Cruise Line. The first of these ordered new generation cruise ships will enter service named as Aidanova for Germany-based Aida Cruises in the fall of 2018. 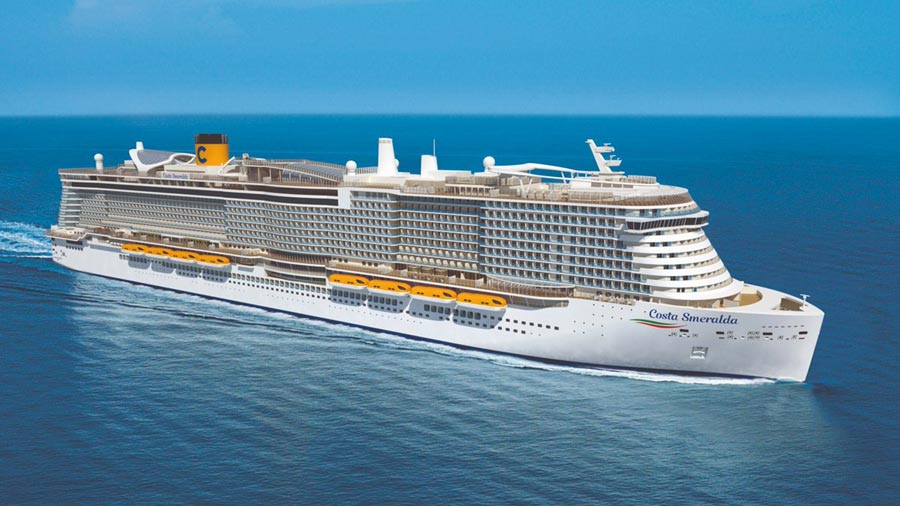