The Chinese owned cruise ship Ocean Dream capsized on Saturday while anchored around 2 miles off Laem Chabang port located in Sri Racha on Thailand’s east coast. Local news reports the vessel had been abandoned by the owners for over a year.

Local fisherman saw the vessel was taking on water, the authorities at Marine Department’s Marine Safety Centre were then contacted. After the ship began listing to one side it later sank, authorities were planning to put the ship back upright and tow back to port but now those plans are no longer needed. The waters are shallow so the Ocean Dream can still be seen.

You can see some footage of the ship below:

As the ship was abandoned there were no crew or passengers onboard. With no help in sight from the ship’s owners it could be a lengthy process to decide what needs to be done. The Ocean Dream could have a detrimental impact to the area with fears of oil leakage and water pollution.

The 17,040 gross ton Ocean Dream began service in 1972 and after originally being ordered by norwegian Cruise Line ended up making its debut for P&O Cruises. The vessel has had several names including Spirit for London for P&O Cruises, Sun Princess for Princess Cruises, Starship Majestic for Premier Cruises and has sailed for several more cruise lines under different names. The ship has a passenger capacity of 760 and 390 crew members. 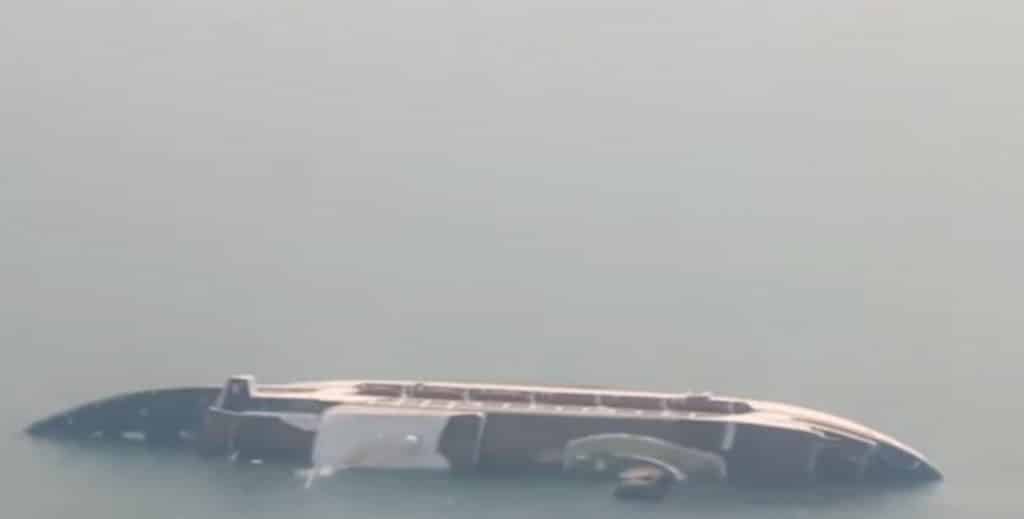